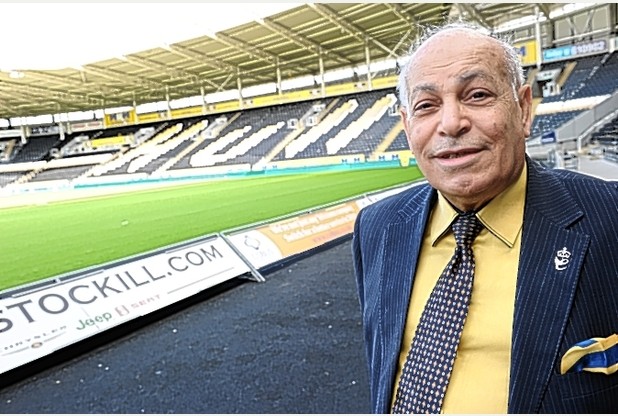 Assem Allam fled from the Gamel Abdel Nasser regime in Egypt to the United Kingdom back in 1968. Allam made the city of Hull his new home, studying economics at the University of Hull. After university he worked as an accountant before taking out a loan and embarking upon his own business venture and eventually leading Allam Marine to international success. Cairo-born, Allam has always spoken of his gratitude to the city and people of Hull and stated that was his main reason behind buying the club in 2010. Following relegation from the Premier League, the club were in financial disarray and the Allam’s intervention prevented inevitable spiraling down the divisions, as we have seen with the likes of Portsmouth in recent years. Allam brought in Steve Bruce as manager of the team and gave him considerable support in the transfer market. Bruce repaid the faith by guiding Hull City to promotion in Bruce’s first season at the helm. In the second season, Hull City achieved their first ever FA Cup final, their highest ever league finish and ensured their first ever taste of European football for the following campaign.

All of this sounds very good, and it is. However, after such an array of quite remarkable and honourable achievements, one would expect Assem Allam to be hailed as a hero in East Yorkshire. And to some, he is. To many, though, Allam has sullied his legacy at the KC Stadium. Given what he has achieved it would not have been difficult for Assem Allam to go down as probably the greatest owner in the clubs 111-year history, or at least on par with the great Harold Needler. As it happens, a number of Hull City fans would happily see the back of their ‘saviour’ and reveled in his ultimately untrue claims to walk away from the club within 24 hours should their name change application be rejected by the FA.

On August 9 2013, Assem Allam announced his intention to market the club as Hull City Tigers domestically and Hull Tigers internationally. This seemed an odd decision and one that not particularly well-grounded or justified. Allam claimed the name would make for more effective marketing, brand recognition and increased revenue, although he struggled to provide any genuine evidence that this was the case. Many saw the move as a somewhat petty tact to remove the clubs association with Hull City Council, of whom Allam had and continuous to have an obvious animosity with ever since he failed to strike a deal giving him ownership of the KC Stadium and surrounding areas. Unsurprisingly, Allam’s name change idea was met with fairly swift opposition but given his popularity prior to the decision, many were happy to let him put across his argument before making any final decision. It was here that the tide of popular opinion began to waver. 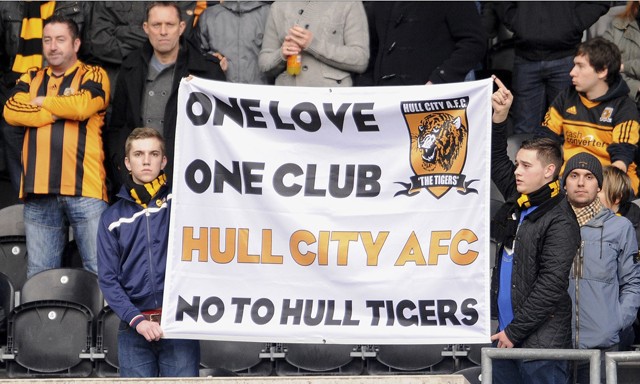 Allam, it is fair to say, is a PR disaster. First stating that “Hull City is irrelevant…it is common,” he went on to say, when questioned about the opposition group ‘City Till We Die’, that they “can die as soon as they want.” Allam prompted not only anger but ridicule from his comments in the media, once stating that if he were the manager of Manchester City he would change their name to Manchester Hunter, these comments coming moments after he had talked of the importance of a shorter name. Allam seemed to care not for the views of the community he so emphatically claimed to care for less than 3 years earlier. When he eventually gave the fans a voice it was in the form of a heavily loaded ballot which the FA disregarded when they came to make their decision.

Unanimous groans could be heard throughout East Yorkshire when it was announced that the club would be allowed to reapply for a name change once more, following the initial rejection. Many fans oppose the name change, many are disinterested and a few even support the change, but now as the divisive move heads towards two years since Allam announced his intentions, almost all are sick and tired of the whole situation. Whilst the club may been enveloped in a relegation battle, it is worth remembering that this season and the two prior to it, are three of the finest in the club’s history. They should be a time of joy, as the fans witness probably the strongest Hull City squad ever assembled. Instead, they represent a period in which fans are divided and a stealth re-branding of the club is taking place, alienating and disillusioning long-term fans. 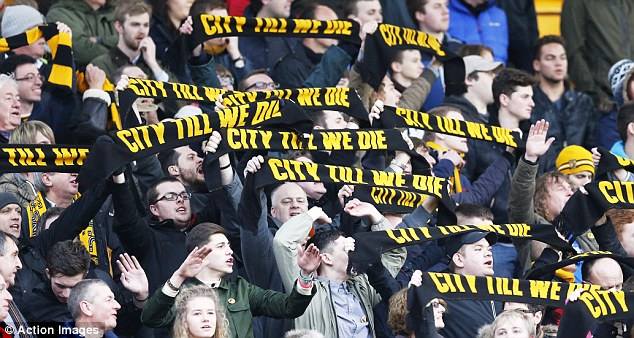 A year ago, most Hull City fans hoped an FA rejection of the decision would put the situation to bed and Assem Allam could continue on what had been a very successful four years at the helm. A year later, it appears that is not the case and it seems unlikely to resolve itself anytime soon. In truth, Allam is a man of many contradictions. He claims to be a man of his word, yet he goes back on what he has said time and time again. He claims the community is his first interest, yet treats the opinions of Hull fans with disdain and, to quote the FA as “irrelevant, or barely relevant.” He claims his financial contribution to the club is a “gift”, whilst charging 5% interest on all loans made to the club.

It is of course hyperbolic when people liken Allam to the dictatorship he fled, but he does display a wholly disagreeable arrogance, a lack of willing to consider the views of others (which he has, at least, conceded himself) and a distasteful bully-like attitude when he fails to get his own way. Sadly, it seems unlikely any swift resolution will come to the situation at the KC Satdium. Hull City fans will most likely have to put up with a prolonged application, bizarre press conferences and rather embarrassing utterances, just as they have over the last few seasons once more. A self-confessed none footballing fan, Allams Hull City venture was most likely intended to increase his local legacy, however, he seems more likely to tarnish it with every passing day. 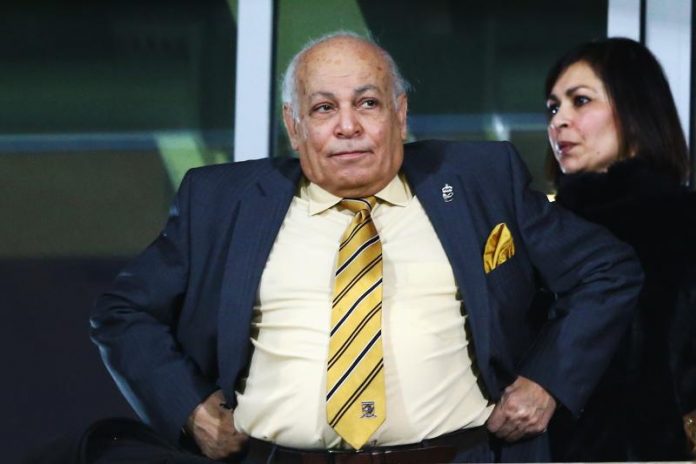