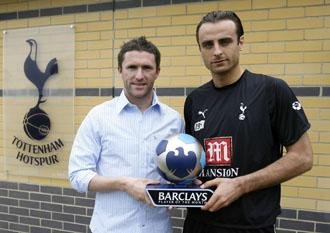 Having been without a club since leaving Indian Super League side Kerala Blasters last year, the former Tottenham Hotspur star announced his retirement last week, and it seems he had taken up the role of a Red Devils scout a while ago.

The 38-year-old spent two years with Spurs after arriving from Bayer Leverkusen in the summer of 2006, scoring 46 goals in 102 appearances and helping them win the Football League Cup.

While Berbatov is a Tottenham cult hero, it was at Old Trafford that he really announced himself to the world, scoring 56 times in 149 games and winning two Premier League titles with them.

So, it isn’t particularly surprising that he now scouts for them.

However, the Bulgarian would have been the perfect one to help Spurs identify hidden gems that wouldn’t cost them an arm and a leg.

Given how underwhelming they have been this season, the North Londoners’ lack of quality depth has been exposed again, and they could do with quality additions in January.

Manager Mauricio Pochettino would love for new players to be signed in the winter, but Tottenham don’t have the spending powers of their rivals and they will have to settle for low-profile signings with the needed quality.

Berbatov would have come very handy in that regards, but United will be the one to enjoy his scouting services instead.