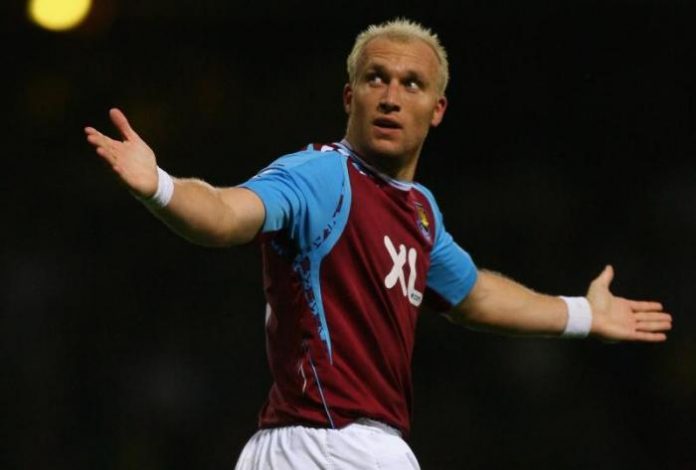 Former West Ham striker Dean Ashton has expressed his disappointment at the sacking of Slaven Bilic on his Twitter account.

The Croatian was sacked earlier today after a disastrous start to the season. The Hammers have won just two of their eleven league games so far and the time seemed right for a change.

Ashton tweeted that Bilic had a genuine love and passion for West Ham and it is shame to see him go.

Look where I am as the news breaks!
Gutted for Billic as he genuinely had passion & heart for #WHUFC
Feel the time is right for a change pic.twitter.com/xejZoL20Wv

Former Everton manager David Moyes is now expected to take over until the end of the season.

Ashton is not quite convinced that Moyes is the right man for the job. The former Hammers forward believes that Moyes is an uninspiring choice and that the players won’t be excited about playing for him.

“No, of course, they won’t,” Ashton said when asked if the fans would be excited by Moyes.

“David Moyes has got plenty of experience and will organise them defensively because that’s what he’s always done. I feel for the West Ham fans. It looks like we’re going to try and scramble our way to safety for the rest of the season and that will be another season gone with no inspiration. And if that’s the way the club is going to go – well people are still going to back the club and the fans are still going to. But I can see why it’s not inspirational. As a player, David Moyes coming in wouldn’t inspire me. That’s going to be hard for David Moyes – he will have to overcome that straightaway.”

It will be interesting to see what happens now. West Ham need to turn it around soon if they want to stay in the Premier League this season. Moyes’ defensive approach could be what the team needs right now.