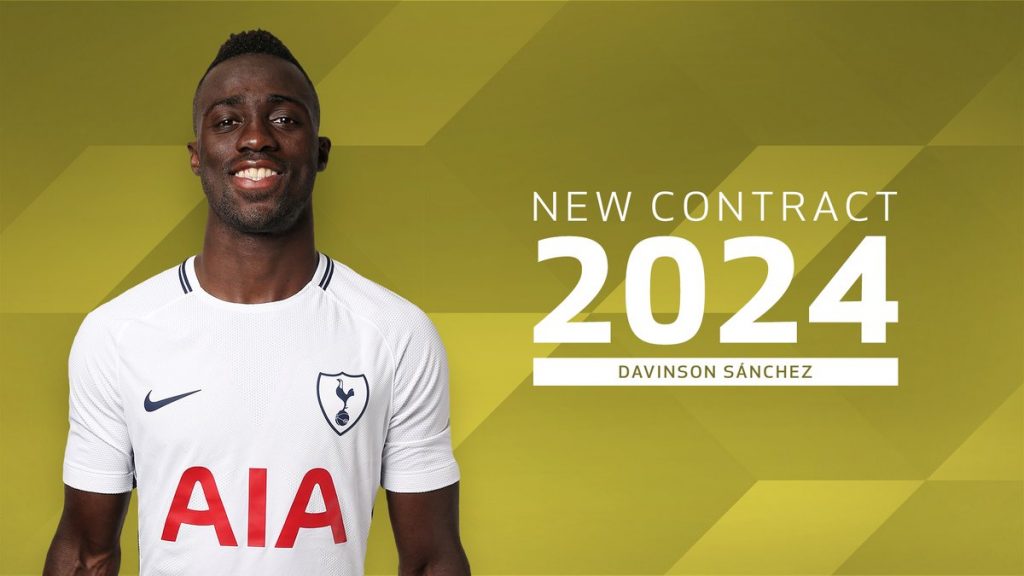 Tottenham have agreed on a new deal with their Colombian defender Davinson Sanchez.

The 21-year-old signed for Mauricio Pochettino’s side last summer and he has had an impressive debut campaign in England.

Tottenham paid a fee of £38.4m for the former Ajax defender and the fans will be delighted to see his long-term future sorted. The new deal will keep Davinson Sanchez at the club until the summer of 2024.

Looking to the future ?

? Read our full interview with @daosanchez26 as the defender puts pen to paper on a new deal ➡ https://t.co/NiBVidiFDs#COYS pic.twitter.com/OfO3OxeXhe

The Colombian has already managed to establish himself as a regular starter at the club and he will be hoping to guide his side to trophies next season.

Tottenham have managed to secure Champions League football for the next season and Sanchez has been a key figure at the back for them.

Belgian defender Toby Alderweireld could leave Spurs this summer and Sanchez is his long-term replacement. The 21-year-old is used to the pace of the Premier League now and the fans will be expecting a big season from him next year.

The Colombian has made 41 appearances in all competitions for Mauricio Pochettino’s defence this season. He is also expected to represent his country in the World Cup this summer.

What a signing he’s been, now announce De Ligt for a little Ajax reunion.

Great news and much deserved. #coys

YESSSSSSS, so excited to watch this guy achieve his potential! #COYS