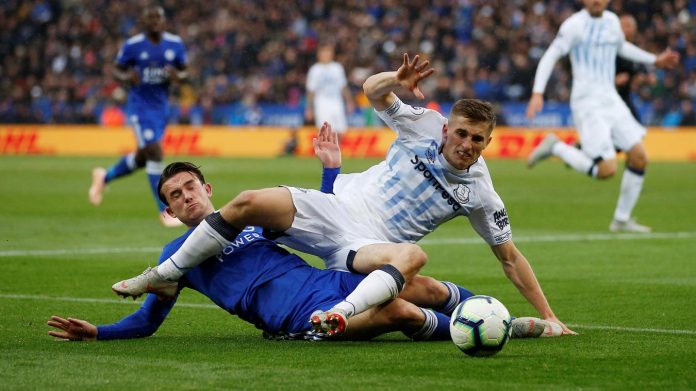 The 22-year-old had struggled to break into Marco Silva’s senior squad and was sent on loan to the German club this summer.

The young right-back has been playing regularly in Bundesliga and has found his mojo back. He scored already against Hertha Berlin, and has provided an assist as well in four appearances for the club.

Schalke boss David Wagner is full of praise for the youngster and wants him to stay at the club beyond the summer. However, he knows that it is something they cannot control.

However, the former Huddersfield boss believes that Kenny is becoming a folk hero at the Veltins Arena. He has revealed that the club kit-man told him recently that the fans are loving Kenny and that the young defender reminds him of Brazil defender Rafinha, who was a popular figure amongst the Schalke fans.

Rafinha, 34, who has won seven Bundesliga titles and one Champions League, played for Schalke from 2005 to 2010.

“Some of the guys, especially the kit-man who has been at the club for more than 20 years, says [Kenny] reminds him of Rafinha — a small, aggressive guy who played at a very high level for Brazil,” said Wager to The Athletic.

“The supporters loved Rafinha, and they are starting to love Jonjoe.”

Kenny is a highly promising young defender, and Everton fans will be happy to see that he is progressing really well in Germany. He is enjoying his football at the moment, and is getting appreciation from his manager and the fans.