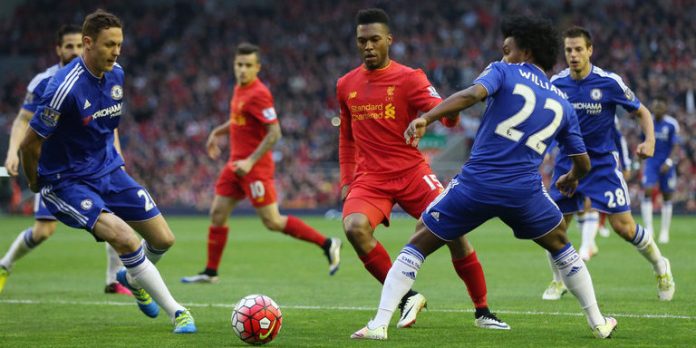 Liverpool striker, Daniel Sturridge, has been linked with a move away from Merseyside.

The England international is not a key member of Jurgen Klopp‘s first team anymore, and according to Daily Mirror, the former Chelsea and Manchester City forward is ready to complete a January transfer away from Liverpool.

Sturridge has been playing second fiddle to Brazilian attacker Roberto Firmino this season and Divock Origi has also played ahead of him at times.

It is evident that Klopp prefers Firmino and Origi as his first choice strikers and Sturridge will have to accept a part-time role if he wants to stay at Liverpool. For a player of Sturridge’s quality, that makes no sense. The 27-year-old is one of the best players in the Premier League and would start for most teams in the division.

As per the report from Mirror, Stoke and West Ham United are interested in the Liverpool forward and a transfer might be possible in January. The report adds that Sturridge is frustrated and is ready to leave the club. Furthermore, several clubs have been alerted about his availability as well.

Financially, the move makes sense for Liverpool. Sturridge is a high-earning player (£120,000-per-week) and would fetch a good amount of money if sold. Also, there is no doubt that Liverpool are performing better as a team without Sturridge, but the English attacker is world-class in front of the goal and could make a huge difference on his day. The Reds are on course for a title challenge this season and a player of Sturridge’s caliber could make a massive difference.

Statistically, Sturridge is one of Liverpool’s best ever forwards. The English striker has scored 57 goals in 102 appearances for the Reds since joining them in 2012.