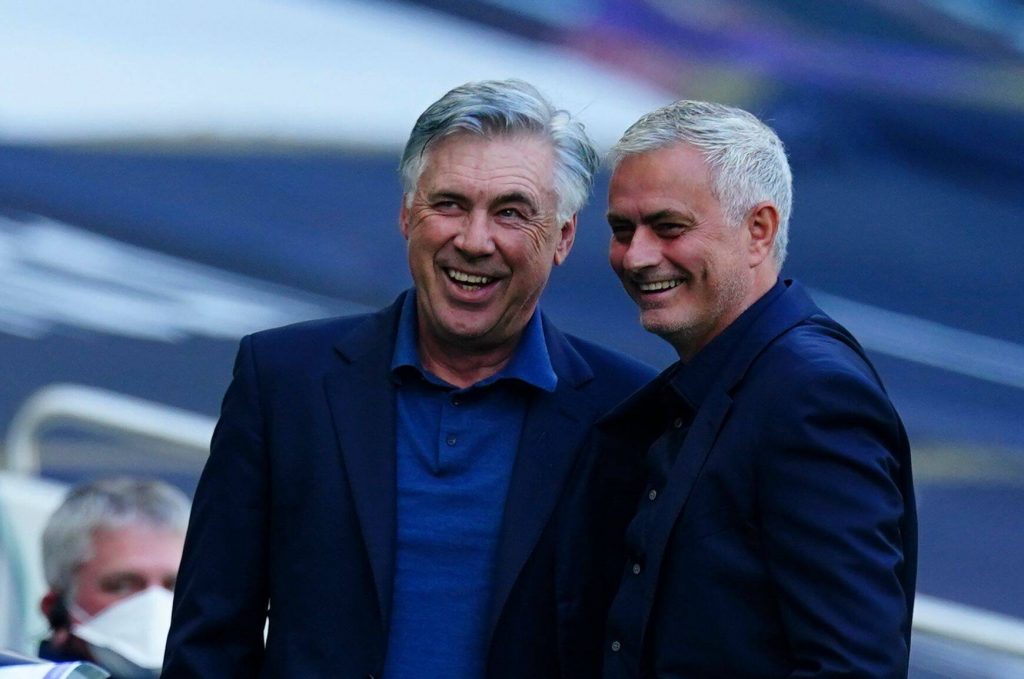 Jose Mourinho has been sacked by Tottenham Hotspur after just 17 months as head coach.

The Portuguese replaced Mauricio Pochettino in November 2019, but reports have emerged that he was not the first-choice of Spurs chairman Daniel Levy.

According to The Athletic, the Tottenham chief had considered appointing Everton manager Carlo Ancelotti that autumn, but Mourinho’s winning aura swung him the job.

The 61-year-old was appointed by the Toffees on December 21, 11 days after Napoli showed him the exit despite a 4-0 home win against Genk in their final 2019-20 Champions League match of the group stage that ensured their advancement to the round of 16.

Ancelotti led Everton to a 12th-placed finish following eight wins, five draws and six losses and is now looking to lead them to a top-seven finish.

The Goodison Park outfit are currently eighth in the Premier League table, a place and a point behind Tottenham with a game in hand.

Mourinho fell out with the majority of Spurs stars due to his controversial personality and style, and that would not have happened if they had the calm Ancelotti in charge instead.

Given the style of football Everton have played this term under the Italian, Tottenham would probably be challenging for the title if they had him in their dugout in place of Mourinho.

Friday’s 2-2 draw between both teams was the final act for the Portuguese, and Levy could have been wishing he waited and appointed the Toffees boss instead after Pochettino was dismissed.

The Spurs man had hoped that Mourinho would build upon the progress of the Pochettino era and finally win them a trophy.

Levy also hoped that the Portuguese would help build up the global image of the North London club, star in Amazon’s behind-the-scenes documentary, and bring new fans to the club.

He wanted a superstar manager to go with the world-class training ground and stadium he had built, and while he got his wish, the decision proved to be costly as the side’s fortunes on the pitch failed to improve.

In other news, Sky Sports shares how Danny Rose has reacted to Mourinho’s exit.