With Liverpool dropping points against West Brom yesterday, the away trip to Goodison was a golden opportunity for Manchester United to secure their place in the top four.

Everton was supposed to be a competitive yet winnable affair considering Louis Van Gaal’s promising record against the top sides in the league. However, it turned out to be quite a humiliating afternoon for the Red devils.

Roberto Martinez’ initial plan to sit tight with an organised backline and break on the counter worked like a charm as the Blues registered their sixth straight home win.

Manchester United enjoyed most of the possession along the course of the ninety minutes, but the absence of Michael Carrick was a damaging blow. Van Gaal’s men looked bereft of ideas with and without the ball, much like an orchestra without a conductor.

There was an evident lack of a controller in the Manchester United midfield. Someone who can control the tempo from the deep, sit in between the midfield and the defence and intercept opposition moves. In other words, Michael Carrick was heavily missed.

Dutchman Daley Blind has had an impressive debut season at Old Trafford. His composure and graceful passing from the deep has been invaluable for United at times this season. However, Blind has often been found out against mobile and energetic midfields. The former Ajax midfielder is often dragged out of position due to his weak positional sense.

Blind has started in the defensive midfield position 5 times (Chelsea, City, Swansea and Everton home & away) against this season’s top 10 and United have won only one of those games. In stark contrast, Michael Carrick has been a key figure in United’s good form against top sides such as Tottenham, Arsenal, Liverpool, Southampton and Manchester City. The England midfielder was crucial to United’s victories against the top 6.

Stats do not lie. Manchester United have won 72.2% of games with Michael Carrick and only 37.5% without.

Despite the defeat, United are likely to qualify for the Champions League and when they do, they will come up against several quality midfields week in week out. At 33, Carrick is no spring chicken anymore. The former Spurs man will have to be replaced if United want to do well in Europe next season.

The Premier League giants have been linked with a move for Illkay Gundogan, but the truth is they need someone like Morgan Schneiderlin more. While the Southampton midfielder is not as good as Carrick in terms of passing, he is defensively better and an accomplished passer from the deep. 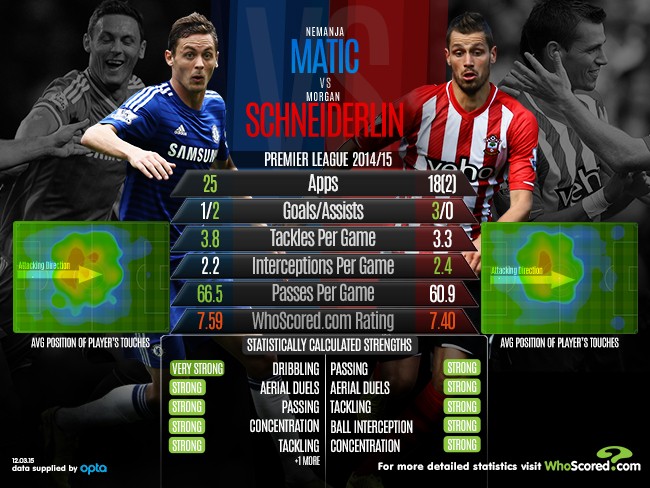 Schneiderlin is one of the best defensive midfielders in the league and would add much needed steel and defensive intelligence to the United midfield.

The Frenchman is not only a good reader of the game, his astute positioning will provide much needed cover for the United centre backs as well.

With Southampton willing to sell for the right price, it’s a no-brainer if Van Gaal wants to avoid the odd humiliation when Michael Carrick is not around.