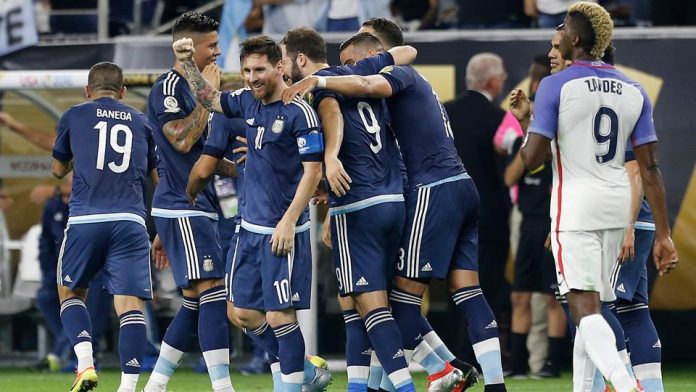 Argentina will play Chile in the 2016 Copa America final (watch it live online here) at the MetLife Stadium in New Jersey on 26th June. The match will be a repeat of the 2015 final which the hosts Chile won on penalties after both sides played out a 0-0 draw at the Estadio Nacional in Santiago.

Both sides have enjoyed big wins in the run-up to the final, with Chile smashing Mexico 7-0 in the quarter-finals while Argentina beat USA 4-0 in the semis with captain Lionel Messi becoming Argentina’s all-time leading goalscorer with a fabulous free-kick. The five-time FIFA Ballon d’Or winner now has 55 goals for his country, one more than Argentina legend Gabriel Batistuta.

The final will also be a repeat of both side’s opening match in this season’s Copa, with Argentina beating Chile 2-1 thanks to goals from Angel di Maria and Ever Banega. Argentina have won four of the last meetings between the two nations, with Chile’s penalty shootout win last year their only triumph over their South American rivals since 2008.

Early favourites Brazil crashed out after losing 1-0 to Peru during the group stages. The Selecao came third in Group B behind both Ecuador and Peru, with Uruguay also falling at the first hurdle, finishing third in Group C behind Venezuela and Mexico. 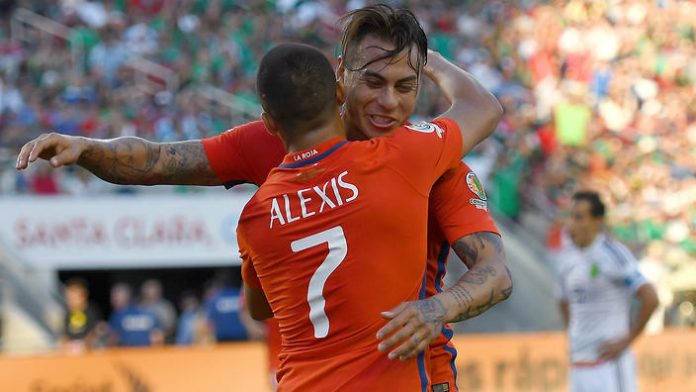 Eduardo Vargas is the tournament’s top scorer after the Chile attacker bagged four goals in the 7-0 romp of Mexico in the quarters. Leo Messi is behind him with five strikes, with the Barca man’s teammate Gonzalo Higuain on four and Arsenal man Alexis Sanchez on three.

Argentina are the top scorers in the 2016 Copa America having scored 18 goals in just five games, conceding just twice. Chile, meanwhile, have scored 15 times and conceded three. Both sides are in terrific form, sweeping away all who come before them, with the final on the 26th sure to be a riveting affair.

Check out the highlights of both sides’ journey to the 2016 Copa America Final below: