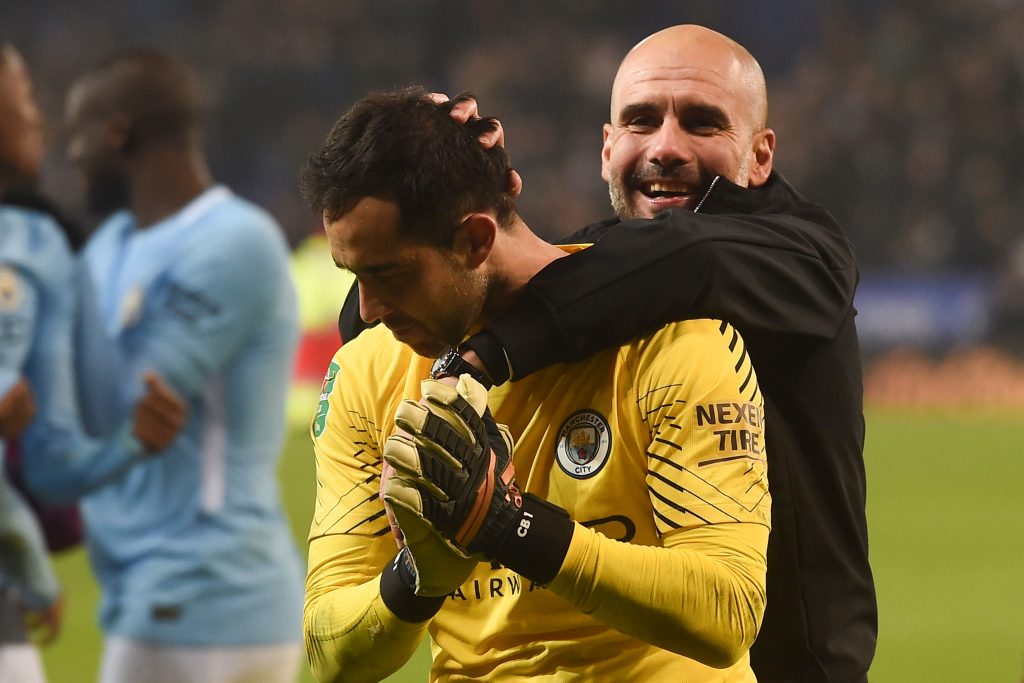 The Chilean was outstanding against Leicester City earlier this week and he is one of the reasons why Manchester City have managed to come this far in the Carabao Cup.

Bravo was excellent against Wolverhampton in the earlier rounds as well. He managed to keep out two penalties in the fourth round against Wolves, and saved the decisive spot-kick against Leicester City on Tuesday.

However, the former Barcelona keeper doesn’t seem too pleased about losing his starting spot to Ederson. The Brazilian is currently the first choice keeper at Manchester City.

When asked about his relationship with the manager, he said: “Well, it is what it is. He is grateful for the two penalty shoot-outs in which it was my turn to help the team but other than that there is nothing else to say.”

Despite the frosty relationship with Guardiola and limited first-team football, Bravo revealed that he is not keen on leaving the club just yet.

The Chilean explained that his family is well settled in Manchester and the links with River Plate are just rumours.

He said: “I have a very clear picture. There has been stuff about River or I don’t know where today there was an article that I was already preparing to return [to South America]… I think there’s a long way to go for that. I think life is not only about football, life involves a lot more, I have a family to consider, they are living in Manchester, we are thrilled that the kids are learning the language perfectly. These are things that we consider as a family, setting aside whether I’m playing or not. It’s all about being calm, to keep working, keep doing my job when I’m called upon, and being patient. In that sense I’m calm, at my age I’m not going crazy, as I said in life there are many things more important than football.”

Although he is not the first choice keeper at City, the Etihad outfit cannot afford to lose him. They are unlikely to find someone of his ability, willing to be a backup keeper.