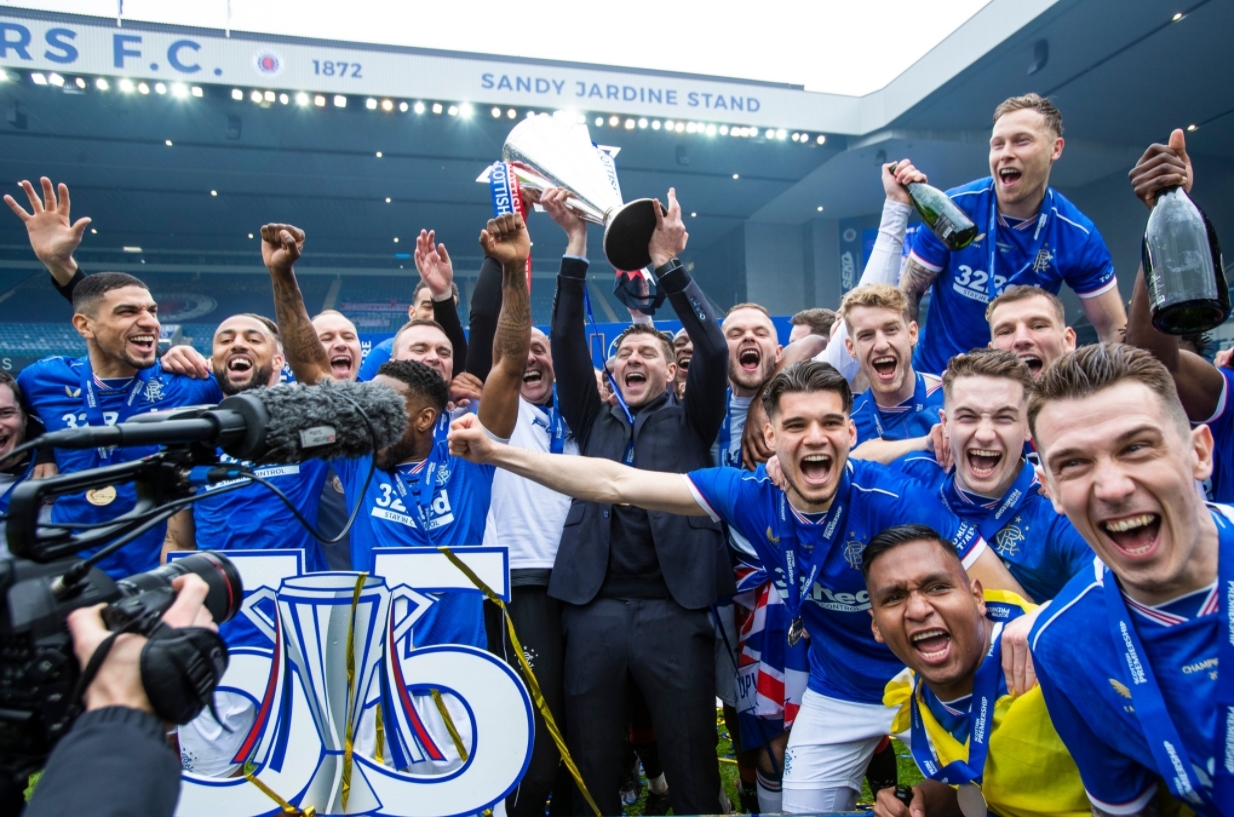 Rangers picked up a 4-0 win over Aberdeen to wrap up a hugely successful season in the Scottish Premiership yesterday.

Kemar Roofe (2), Joe Lewis (OG) and Jermain Defoe were on the scoresheet as the Gers romped to another comfortable victory.

Steven Gerrard’s men have been the best team in the country over the past year, finishing the season with 32 wins and six draws,

At the start of the season, Celtic were expected to win their tenth league title in a row, and few people would have expected Rangers to perform the way they have.

The Ibrox outfit have been superb in attack and defensively rock solid. Rangers have conceded just 13 goals in the league this season.

Their domestic success has been built on strong defensive foundations, and Gerrard will be eager to add to his squad and replicate this success next year.

Incredible achievement by Steven Gerrard and Rangers👏👏 The League Invincibles. Just for the record though the real Invincibles were Brendan Rodgers Celtic 2016/17🏆🏆🏆… well played though… https://t.co/w8LegKUJrO

Rangers were also impressive in the Europa League, progressing to the quarter-finals of the competition.

With a few clever additions in the summer, there is no reason why the Scottish outfit cannot replicate their achievements next year.