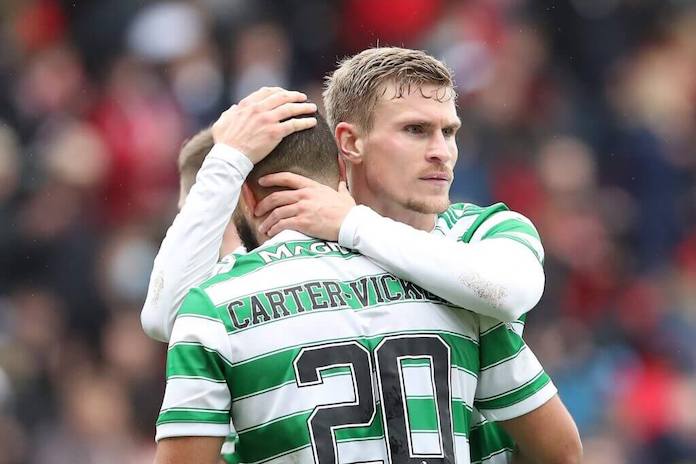 DUNDEE UNITED, currently sitting in mid-table in the Scottish Premiership, have the tough task of taking on Celtic tomorrow.

Looking to follow Celtic vs Dundee United live? If so, the best place to head is Bet365, as they bring you live updates throughout the match.

To follow Celtic vs Dundee United live at bet365, simply head to the site using the link below and sign up.

Signing up with bet365 has another big bonus: you’ll be able to claim £50 in free bets after you make your first £10 bet!

These teams head into the match in very different circumstances. Celtic need the win to stay in touch with league leaders Rangers, while Dundee United sit in mid-table, almost certainly safe from relegation and with a very slim chance of European qualification.

Celtic head into this game as heavy favourites. They currently sit in second place in the Scottish Premiership, five points adrift of fierce rivals Rangers. They’ve not lost a league game since September and have conceded the fewest times in the league. What’s more, they’re also the league’s top scorers.

Dundee United fans won’t be too unhappy with their team this season. They sit in a respectable 7th place in the league and still have an outside chance of finishing in the European qualification places. Their last outing saw them win, which brought a six-match losing streak in the league.

When does Celtic vs Dundee United kick off?

Celtic vs Dundee United kicks off at 15:00 GMT on Saturday 29th January at Celtic Park in Glasgow.

Captain Callum McGregor is doubtful after suffering an injury in the match against Alloa Athletic. Kyogo Furuhashi, Karamoko Dembele, Yosuke Ideguchi, David Turnbull, Albian Ajeti and Matt O’Riley are all also injured. However, Christopher Julien could start his first match since December 2020 after overcoming a long-term knee injury.

Both Cillian Sheridan and Lee Ashcroft are injured and are unlikely to be in the squad to face Celtic.