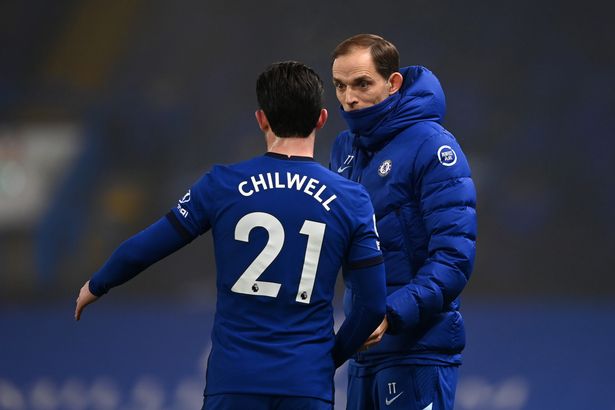 Chelsea have been dealt a major injury blow with defender Ben Chilwell set to be sidelined for the remainder of the year.

According to the Telegraph, the England international is waiting to find out whether he has suffered anterior cruciate ligament damage.

"Ben [Chilwell] was in a lot of pain at the time on the pitch, but now he feels a little better.

"Hopefully we will get away with not-too-bad news."

Chilwell hurt his knee during the Champions League win over Juventus on Tuesday night and the Blues will be hoping to have him back in action as soon as possible.

The player underwent a scan on Wednesday and he might have to undergo surgery if the injury is serious. It could rule him out for the remainder of the season.

Chilwell has been in impressive form for Thomas Tuchel’s side this season and his absence will come as a major blow to the Blues.

Tuchel’s men have done exceptionally well so far this season and their form has been built on solid defensive foundations. Chelsea have conceded just four goals in 12 league games so far and losing a key defender will certainly weaken them.

The German manager still has Marcos Alonso at his disposal and the Spaniard is a capable alternative.  Another option could be using midfielder Saul Niguez as an interim left-back.

Alonso has proven that he is very efficient as a full-back going forward but his defensive contribution can be a bit of a problem for the Blues. Chilwell is a better defender and a much more balanced full-back.

Chelsea are currently at the top of the Premier League table and they will not want injuries derailing their title challenge.

The Blues have already had to deal with the absence of star striker Romelu Lukaku in recent weeks due to an injury and midfielder Mateo Kovacic is currently sidelined as well.