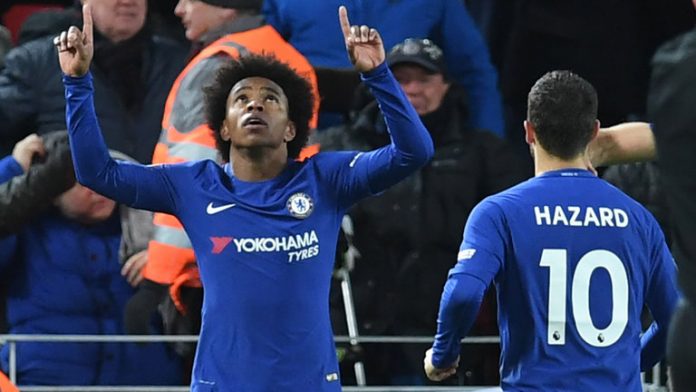 The Premier League returned with a bang last weekend and there are plenty of mouth-watering matches to look forward to in game week two.

The highlight of Saturday’s fixtures sees Chelsea take on Arsenal in what promises to be a fiery London derby.

The Gunners are unbeaten in their last six meetings with Chelsea in all competitions, winning three and drawing three.

However, the home side look more than capable of ending that run this weekend.

According to Sportslens.com, the visitors have numerous injury worries in defence and Chelsea are fancied to capitalise to make it two-wins-out-of-two this term.

West Ham United could bounce back from last week’s mauling at Liverpool when they host Bournemouth, although the visitors will certainly be no pushovers.

Man City kick things off on Sunday at home to Huddersfield and they should prove far too classy for the Yorkshire side despite Kevin De Bruyne’s absence.

The Belgium international will be out for three months because of a knee injury he suffered during training on Wednesday.

Jose Mourinho will be looking for another strong performance from Manchester United when they visit Brighton and Hove Albion.

United started their campaign with a 2-1 win over Leicester at Old Trafford last Friday, while Brighton slipped to a disappointing 2-0 defeat at Watford.

The Hornets will look to follow up that victory as they travel to Turf Moor to face Burnley. The home side needed extra-time to beat Istanbul Basaksehir in the Europa League on Thursday and those exertions could take their toll this weekend.

Crystal Palace and Liverpool complete the second round of fixtures when they clash at Selhurst Park on Monday.

Palace began their season with a 2-0 victory at Fulham, while Liverpool demolished West Ham 4-0 and Jurgen Klopp’s side are strongly fancied to follow up against the Eagles.