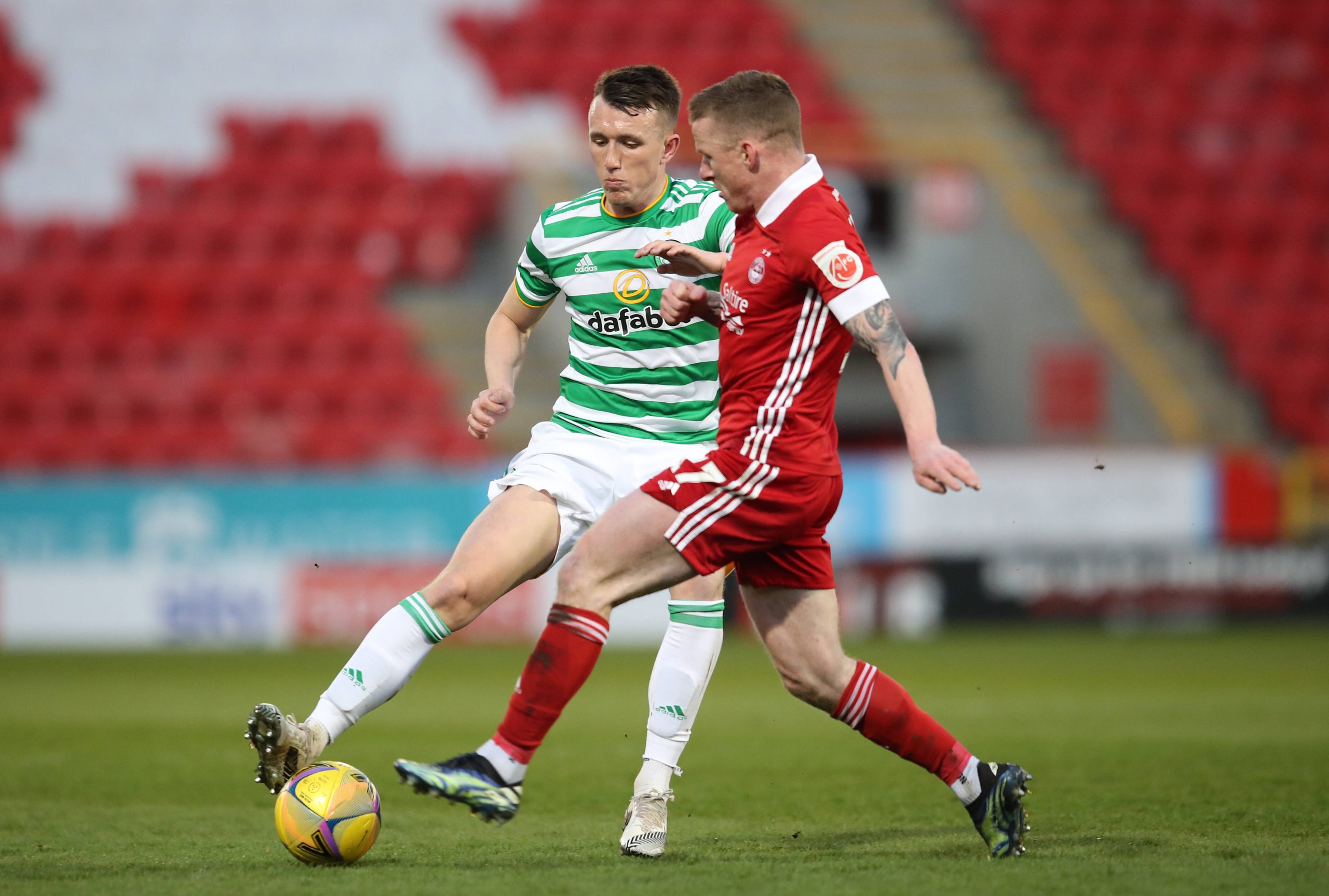 Celtic were held to a 1-1 draw against Aberdeen in the Scottish Premiership last night.

The home side took the lead through Lewis Ferguson after 17 minutes and the Hoops were lucky to come away with a point thanks to Leigh Griffiths’ late equaliser.

It was another underwhelming display from the Scottish giants, although midfielder David Turnbull did rise above the general mediocrity around him.

The 21-year-old was unlucky not to score after hitting the crossbar but can be pleased with how he performed during the game.

Turnbull has scored nine goals and made seven more this term, and he is likely to play a key role under the club’s next manager.

It has been a disappointing campaign for Celtic as they saw their hopes of winning a tenth successive title ended by Rangers.

Although they will be keen to bounce back from the result against Aberdeen, the current squad is undoubtedly in need of a shake-up.

Some shared their thoughts on Turnbull’s performance – here is what they had to say.

For me, David Turnbull is our player of the season….says it all, when you consider he wasn’t get any games til half way through the season

We need to build the team around David Turnbull.

The lad is another level.

Celtic have the opportunity to put their feet up this weekend, with the quarter-finals of the Scottish Cup taking centre stage.

They are back in league action on May 2 at Rangers.

Read: Celtic and Rangers are wanted to join a British Premier League.