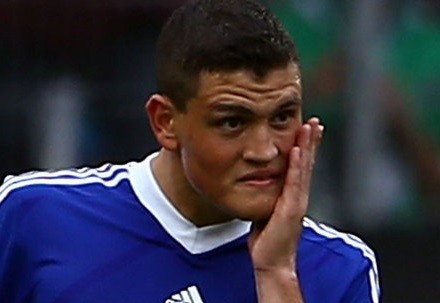 Liverpool continue to be linked with versatile FC Schalke defender Kyriakos Papadopoulos as Brendan Rodgers seeks to solve his defensive problems, created through the retirement of Jamie Carragher.

Kolo Toure has been secured as a free agent after his contract expires with Manchester City and a bid for Alex Pearce of Reading remains in the pipelines and the capture of the 21-year-old defender would seemingly end the club’s needs for defensive reinforcements.

However, Papadopoulos has a personality which may cause Liverpool to throw caution to the wind over a possible move.

“They admire his bravery but also worry that he might be a little mad. This is something the management also worry about,” said Philipp Selldorf, Schalke correspondent for Süddeutsche Zeitung.

He’s an undoubtedly talented player but if he’s going to cause problems in terms of club harmony and team spirit then Brendan Rodgers may decide he’s a risk not worth taking.

“My view is that he will be Greece’s captain in the next five or six years, although if you asked Papadopoulos he would probably tell you he is ready to be captain now,” said Drakoularakos a writer with Sport 24, Greece’s largest sport website.

It contrasts nicely with the situation of Luis Suarez who continues to be linked with a big money move to Real Madrid this summer. 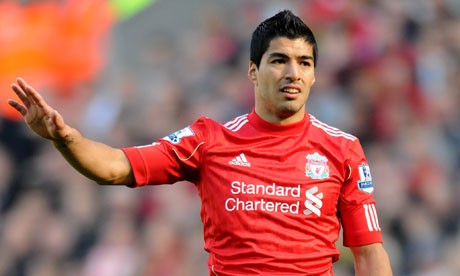 Some Liverpool supporters will feel that Suarez creates more problems than he solves with his on field behaviour, which he’s previously blamed on his upbringing in Uruguay.

Suarez has drawn Liverpool plenty of negative criticism during his time at the club, mostly due to his racial abuse of Patrice Evra last season and when he bit Branislav Ivanovic during a game this season.

His departure would allow Rodgers to create a perfect, idealistic football club based around respectable young players mixed in with experience from players who embody the history of Liverpool.

It therefore makes it puzzling as to why Liverpool would gamble on a player who has a history of authority problems in Papadopoulos.

There is nothing wrong with self belief but it’s when that starts to cross a line that it will become a problem for Rodgers.

“He just sits there looking frustrated and down, and that has sometimes affected his decision making; made his tackling more wild,” added Selldorf.

Rodgers showed last season with Martin Skrtel that he’s not afraid to make big changes and drop players in his defence.

If he mistreats Papadopoulos in the eyes of the Greek star, then he could makes Rodgers’ life very difficult which contradicts all of the good work he’s trying to do at the club.

If Rodgers wants to retain the respect of his players and the fans then he can’t allow himself to be intimidated into making changes, which come as a result of Papadopoulos’ poor behaviour.

It’s a difficult one to judge for Liverpool because on the one hand they could lose their star player and the problems that come along with him, only to use some of that cash to buy someone who could just as easily be sent off as he could put in a man of the match style performance.