It’s pretty clear that Manchester United are getting better. The train-wreck that was last season under poor David Moyes is slowly being forgotten, with Louis van Gaal and his new look Red Devils gradually finding their feet in the English top flight. It’s not been easy, and its by no means a done deal, as the Everton defeat conclusively showed last week, but the signs are there. The sleeping giants have started to wake from their post Fergie slumber.

This season’s performances have been encouraging enough to boost United ticket sales at ticket brokers like kixfootballtickets.com and season ticket sales in general – and the Champions League qualification will certainly help too. However, is this new dawn under LVG enough to have United fans dreaming of Premier League title glory next season?

The aforementioned defeat to the Toffees, and to the champions-elect Chelsea, would have somewhat dampened spirits around the club, and had Liverpool managed more than a measly one point out of a possible six against West Brom and Hull respectively this week, United could well have been in a desperate scrap to qualify for the Champions League next season.

As it stands however, the club are seven points ahead of their rivals in fourth, and with just four games to play, it would take quite a meltdown for Van Gaal and his side to relinquish that priceless CL spot. A bit of beginners luck there for the Dutchman, who could really have been in a lot more trouble than he is.

But what of next season? Can they realistically challenge for the title, or will a top four battle be on the cards once again?

Things are picking up, sure, but its pretty clear that holes remain in a questionable squad. Jose Mourinho, this week, talked of the ‘phenomenal’ players at United’s disposal but, while he is partly right, there are still far too many weak links inhabiting key spots at Old Trafford.

Van Gaal’s tactics have also been under scrutiny. Right down to early season formations, the Dutchman has made some questionable decisions regarding personnel and team balance, with the Everton defeat throwing up real worries.

Despite United registering 65% possession and 17 shots on target, their soft underbelly was easily exposed by Roberto Martinez’ side, who managed seven shots on target to United’s five.

Similarly, in the defeat to Chelsea the week before, United racked up an impressive possession percentage – 70% at Stamford Bridge to Chelsea’s 30% – but still failed to score, with just two shots on target from 15 attempts.

This profligacy, and stoic focus on keeping the ball away from already counter-attack minded, defensive sides has cost Van Gaal six points in two weeks. As I said, if Liverpool hadn’t come off the rails so spectacularly…

Despite a plethora of attacking talent, there is sometimes no answer to be found for United. Obviously, the struggles of Angel Di Maria have been well documented in this first season in England, let alone poor Radamel Falcao, and Robin van Persie’s injuries have once again got the better of him.

But, despite recent setbacks, when they get it right, they really get it right. Bitter rivals Manchester City can testify to that, having been swept away at Old Trafford this month 4-1. So can Liverpool and Tottenham, who both fell to the new look United side last month who, after a dodgy start to the campaign, put together a great run of results to put themselves back in with the big boys.

In this writer’s mind, the number one priority for Louis van Gaal this summer is to bolster his defence, and build from the back. He must do all he can to keep De Gea, but just ahead of him, United have arguably the most underwhelming backline options in their squad for at least a decade. Angel Di Maria will improve, Falcao will head off – the United attack has already the majority of the tools it needs to really succeed. The defence does not.

Chris Smalling is their best defender, despite being as basic and as uninspiring as they come. Phil Jones has taken backwards strides, Marcos Rojo is perennially injured, Luke Shaw is clearly not ready, Antonio Valencia is clearly not a defender, Rafael is the forgotten man, Jonny Evans has frustrated fans for years, and Van Gaal’s consistent inclusion of Paddy McNair and Tyler Blackett in the first team reeks of a man who thinks far too much of himself, despite their evident promise.

Its a miracle they’ve only conceded 34 goals in the Premier League this term. They can count their lucky stars they’ve had David de Gea between the sticks.

All in all, Van Gaal’s made a real mess of that defence. He didn’t strengthen last summer, instead splashing the cash on marquee signings further forward and leaving the kids and Valencia at the back to fend for themselves. This, to me, is just as much about tactics and sense as it is about personnel.

Transfers are surely inbound. And major ones too. With a number of players certain to head for the exit, for one reason or another, the impending summer transfer window will surely be of real excitement to the United faithful.

But who should roll through the front door at Old Trafford? What does this current United side really lack? Let’s take a look at some of the names linked with a move to Manchester this summer: 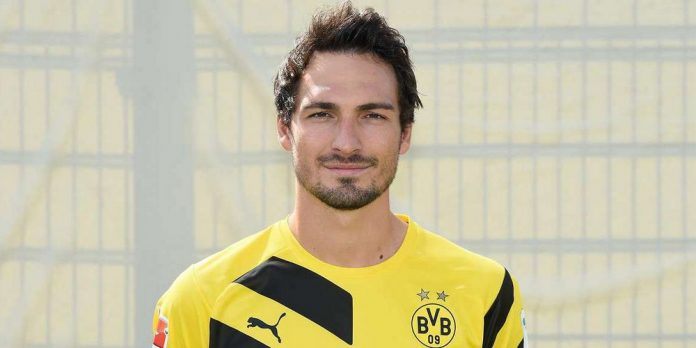 Herr Hummels. Captain of the recently resurgent Borussia Dortmund. 26-years-old, tank-like, a born leader, and exactly what United need. He’s been linked with a move to Old Trafford for the past few years, and with Dortmund’s team continuing to dismantle like wet cake, it’s surely only a matter of time before Hummels heads for the exit.

United need a spine. Spines start dynasties. With Rio Ferdinand and Nemanja Vidic gone, Van Gaal needs to find the next Red juggernaut at the back. And Hummels has long made it known how tempting a move away from the Bundesliga is to him.

“I think moving abroad will be good for my professional and personal well-being,” he said, as relayed by The Guardian earlier this month,

“Eventually, I’d like to leave the Bundesliga. I’m being open about this because I’m not a fan of those who claim they are staying but, behind the scenes, have actually secretly agreed a transfer away from their current club. Everyone knows how much I love it at Dortmund, but I also want to make sure I’m part of a strong team with powerful players.”

Throw £30m at Dortmund for him, Louis. For starters. A no-brainer. 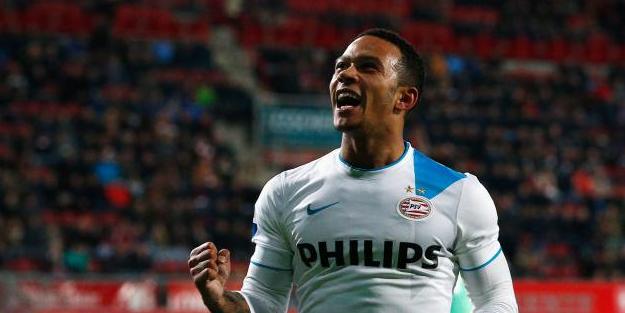 He has a pretty cool name, he’s the top scorer in the Dutch League this season from the wing, and he’s only 21. Yes, Memphis Depay is hot property – property former Holland manager LVG is very familiar with.

With 21 goals this term, 26 in all competitions, Depay would bring considerable firepower to this United squad, which in terms of attack, has not yet reached its potential.

In terms of long term value (£25m would be a snip), potential, and marketability – and keeping him from the clutches of their bitter rivals – Depay will be high on the wish list at Old Trafford. Let alone the promise of goals galore. 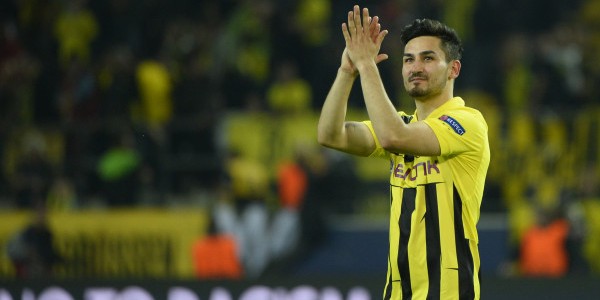 Now, here’s a fella that United could do with. Still only 24, despite having been around forever, Gundogan represents an opportunity to inject real steel into that midfield area, coupled with exquisite vision and real dynamism.

With the wonderful Michael Carrick nearing the end of his career, I cannot think of a better replacement.

Gundogan and Daley Blind would be a fantastic midfield foundation on which to build upon. 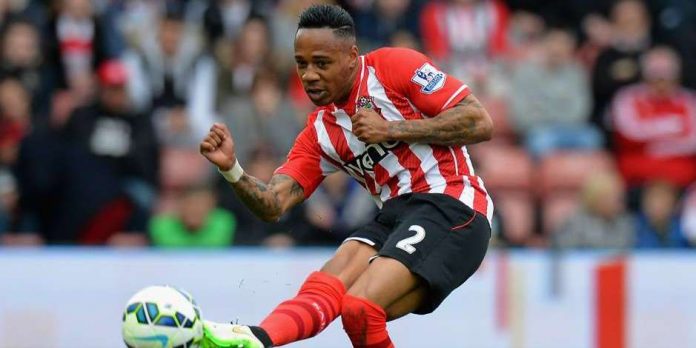 The young Southampton full-back has come on leaps and bounds this year, with many wondering why he wasn’t included in the PFA Team of the Year. Strong, powerful, and with a level head; Clyne would permanently solve the right-back issue at United.

Unlike his former team-mate on the south coast, Shaw, Clyne is clearly ready to take the step up, being that bit older and more experienced than the hit-and-miss left back.

Dear old Valencia, despite trying his best and remaining a firm fans favourite, just doesn’t cut it at right back (his showing against Everton sadly more evidence to the fact). If Louis van Gaal has his wits about him this summer, he’ll fight tooth and nail for Clyne. 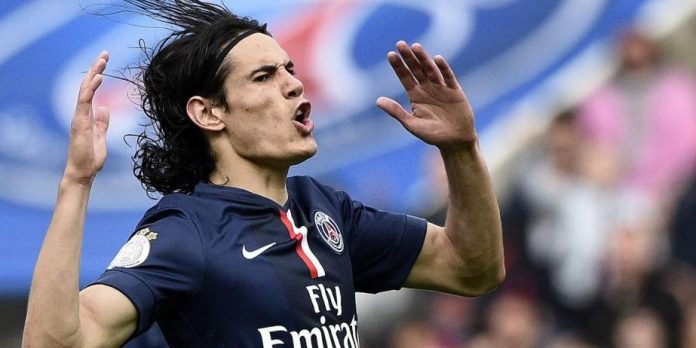 Another player who’s been endlessly linked with a move to United, and I for one still don’t think they need him.

Yes, he was a monster for Napoli in Serie A, scoring 78 times in just 104 games. And he’s not done badly by any stretch in Ligue 1, with 24 goals to his name in all competitions.

But so often is the case that he flatters to deceive. He was awful against Chelsea in the Champions League tie, for example, despite his side coming out on top. His hold-up play was weak, his shooting wild, and his passing all over the shop.

I seriously believe United can do better, especially for £50m-odd. Focus on Rooney.

Conclusion: With the correct signings, the right tactics for the right game from Louis van Gaal, and a good start? They’ll be in with a shout. But I still fear for them on all three fronts. With new signings comes transition, and an alteration to playing style, something Van Gaal seems all to willing to muck around with. With too many new faces, comes the possibility of struggling to hit full speed from the off, something you can be sure both City and Chelsea will be close to achieving.

The future remains bright for United, and I’m convinced they’ll be back among silverware soon enough. But next season may be an attempt to finish more comfortably in the top four, without the problems the last campaign has brought. Oh, and an exciting run in the Champions League!

What do you think? Can United shoot for top spot next season? Who do United need for that to happen? Do you trust Van Gaal and his tactics?