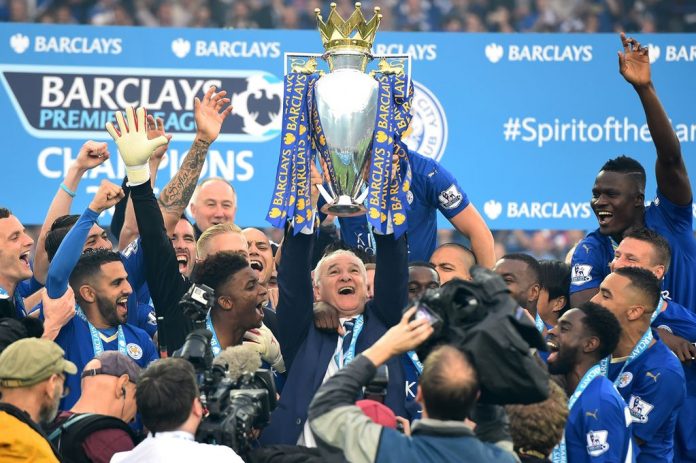 Not even the few who bet on the 5000/1 title outsiders Leicester City could have believed what was to happen in the 2015/16 Premier League season. Leicester fans were left constantly pinching themselves throughout the term to ensure that they weren’t in the most intense of dreams. With a campaign beyond belief having passed, there is one big question for football fans around the world. Can they do it again?

History would suggest not.

When Kaiserslautern pipped Bayern Munich to the German Bundesliga in 1996/97, they became the first side in German football history to win the top flight after only being promoted in the previous season. If you can remember that, then you won’t have much trouble remembering Montpellier’s unlikely title triumph in the 2011/12 French Ligue 1 campaign. A bit closer to home, Blackburn, now plying their trade in the Championship, famously beat Manchester United to the Premier League trophy in 1994/95. What do all of these victories have in common? Well, any football fan can tell you that these clubs have achieved next to nothing since their memorable title wins. So it’s not looking good for Leicester in terms of the past.

It’s fair to say that one of the main reasons that Leicester pulled off this feat was due to their ability to capitalise on the poor quality of football that most teams possessed last season. However, the 2016/17 Premier League season has the potential to

be one of the best in history with the array of elite managers coaching top clubs in the EPL. The likes of Pep Guardiola and Antonio Conte join the already established Premier League coaches Jose Mourinho, Jurgen Klopp, and Arsene Wenger in a battle that promises to be exciting. This will be hard for Leicester to deal with in next seasons title race, with the undisputable quality that each of the other top teams have, and it will clearly be hard for them to mount a serious title challenge against world class sides boasting world class players.

For weeks now, it has been reported that Leicester look set to lose many of their key players from last season, and whilst Jamie Vardy looks to have pledged his future with the Foxes, the destinations of N’Golo Kante and Riyad Mahrez is uncertain ahead of the new season. With the terrific form that the two enjoyed last season it would be surprising if the champions managed to hold on to the pair.

Even if the sparkling duo do stay, Leicester will need to splash the cash in the summer transfer window to boost their squad depth. This should allow ‘the tinkerman’ more names to choose from when picking his side next season, in order to be able to compete in all competitions. With the ChampionsLeague to think about, Claudio Ranieri will need to use his magic in more important matches, against Europe’s elite, and squad depth will certainly be important in a campaign where Leicester will want to maintain a good standard of fitness throughout.

So looking at what has happened in the past, and what is on offer for Leicester to battle out next season, it is clear to see that the odds are stacked against Leicester to do it again. But then again, nowhere near 5000/1, and somehow they’ve already managed that.