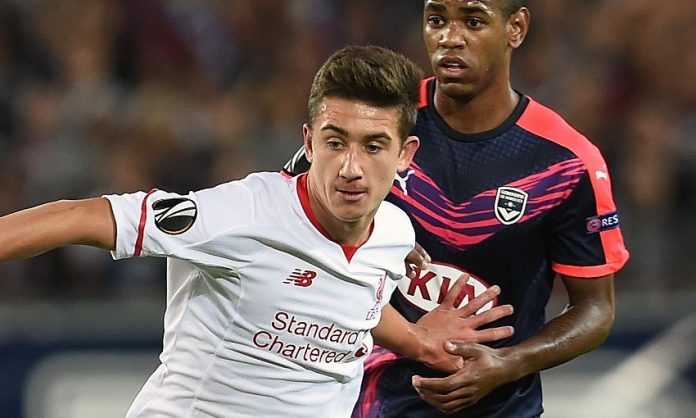 Liverpool midfielder Cameron Brannagan is all set to be rewarded with a new Liverpool deal this summer.

The young academy graduate has impressed the new manager Jurgen Klopp whenever he was given a chance and will extend his stay at Anfield.

The 20 year old midfielder’s current deal expires in 2018 and Liverpool are keen to tie him down to a new deal according to Liverpool Echo.

Brannagan has shown outstanding character and maturity during his cameos for the first team last season and could be a huge asset for Liverpool going forward. The English midfielder can operate as a central midfielder or an attacking midfielder.

His flair, technique and versatility has impressed the manager and the Liverpool fans.

Brannagan made his senior Liverpool debut in a Europa League tie at Bordeaux under Brendan Rodgers back in September, and has made a further eight appearances since, including his first Premier League start on the final day of the campaign at West Brom.

The young Liverpool midfielder is considered as one of the finest English talents right now and will be delighted to see the manager and the club’s faith in him.

The deal should be confirmed in the coming weeks according to Echo’s report.