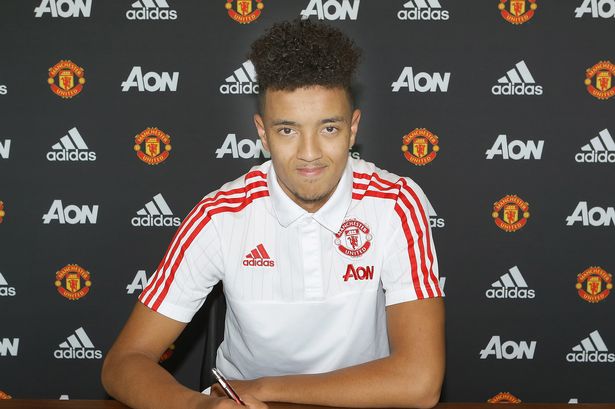 Manchester United defender Cameron Borthwick-Jackson is all set to spend the next season on loan at Leeds United.

According to Sky Sports, Manchester United and Leeds agreed a loan deal for the highly talented full back and Borthwick-Jackson completed his medical last night.

Leeds will be delighted to have secured his services for the next season. Borthwick-Jackson is one of the most talented United players around and he should be an asset in the Championship.

The 20-year-old left back has already proven his quality under the management of Louis van Gaal and he will be looking to make a lasting impression in the Championship now. Last year, he was on loan at Wolves but things did not go according to play for the young full back.

Borthwick-Jackson made just 7 appearances for Wolves last season and Mourinho will be hoping for a better spell at Leeds.

Despite a breakthrough season under van Gaal, the defender is yet to make an appearance under Jose Mourinho. The former Chelsea manager excluded the player from his pre-season plans as well.

It is evident that Borthwick-Jackson needs to develop a lot more in order to force his way into Mourinho’s plans and therefore a loan move is the best option for him.

At this stage of his career, he can’t afford to spend another season on the bench. Regular game time at Leeds will prepare him better for a first team role at Old Trafford in 2018.