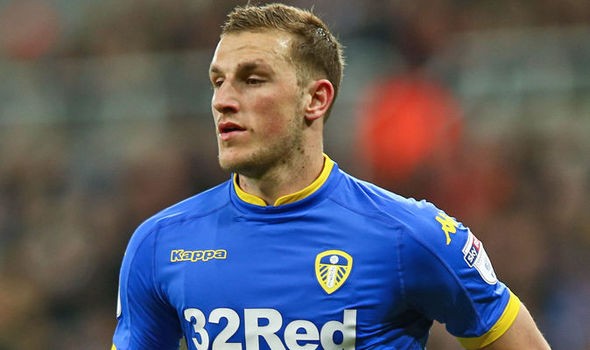 Leeds United manager Thomas Christiansen has confirmed that Chris Wood is heading to Burnley on a permanent transfer.

The 25-year-old striker arrived in Burnley for a medical earlier today and the Express are claiming that an offer of £15million has been accepted by the Whites.

The New Zealand international was prolific for Leeds last season and his departure will be a massive blow for them. Wood scored 30 goals in all competitions for the Whites last season.

The player was keen on a move to the Premier League and he will be delighted to have sorted out the transfer. If the report from Express is true, Wood should be the replacement for Andre Gray.

Leeds have had a decent start to their season in the Championship so far and it will be interesting to see how the team responds to the exit of a key player. Christiansen might look to sign a replacement for the striker now.

Speaking to the media about the transfer, Christiansen wished luck to Chris Wood and revealed that the player is no longer a part of Leeds’ team.

He said: “The possibility to go to a Premier League club is interesting for him, and probably the money is also much better. But he was recognised and appreciated player at this club and everyone has to respect his decision. He’s a professional and if that’s his thought we have to respect it. I personally hope he will do fine. I don’t have anything against him, he’s a good guy, a good player and he’s given until now what I expected of him. Now he’s not part of the team so from now on I prepare not to speak about players who aren’t mine.”