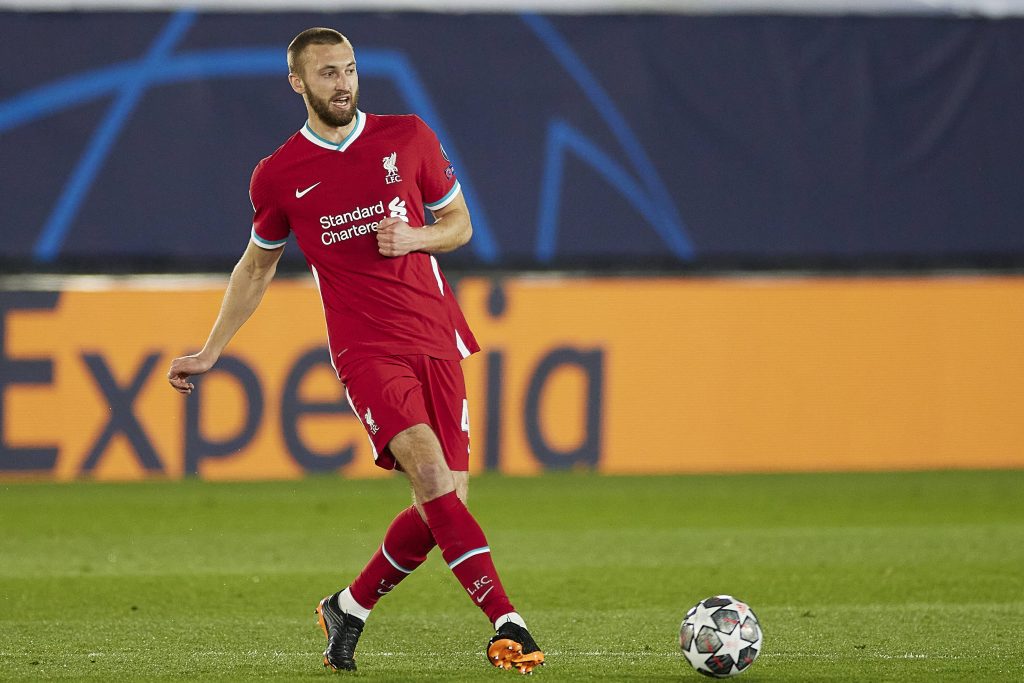 The 24-year-old impressed for the Reds during the second half of last season after long-term injuries to Virgil van Dijk, Joe Gomez and Joel Matip.

His future with the club remains uncertain as the trio are expected to return next season while Ibrahima Konate has been added to the defensive ranks.

Burnley and Brighton are deemed favourites to sign him. The former are on the cusp of landing Nathan Collins, but they are still interested in Phillips.

He was linked with a £4 million move to Swansea City last summer. The Reds could reportedly demand three times the figure amid his progress.

Phillips played a key role for the Reds during the final weeks of last season as they secured a top-four spot in the Premier League.

Despite his efforts, he could drop down the pecking order next term and end up as the fifth-choice centre-back in the squad.

It is unlikely that he would be satisfied with that. With interest from Burnley and Brighton, a summer exit appears the likely option.

The Clarets have sealed a deal for Stoke City’s Collins, but the 20-year-old could be slowly integrated into the first-team plans.

Phillips could be the club’s ideal replacement for James Tarkowski, who could be sold as he enters the final year of his contract.

Brighton are also braced for the potential exit of Ben White with concrete interest from Arsenal.

They recently rejected a £40 million bid from the Gunners, but the north London club are expected to come in with another offer.

With White most likely to leave, Phillips could act as the like-for-like replacement this summer.

Both clubs have enticing proposals for Phillips, and it remains to be seen who he joins.