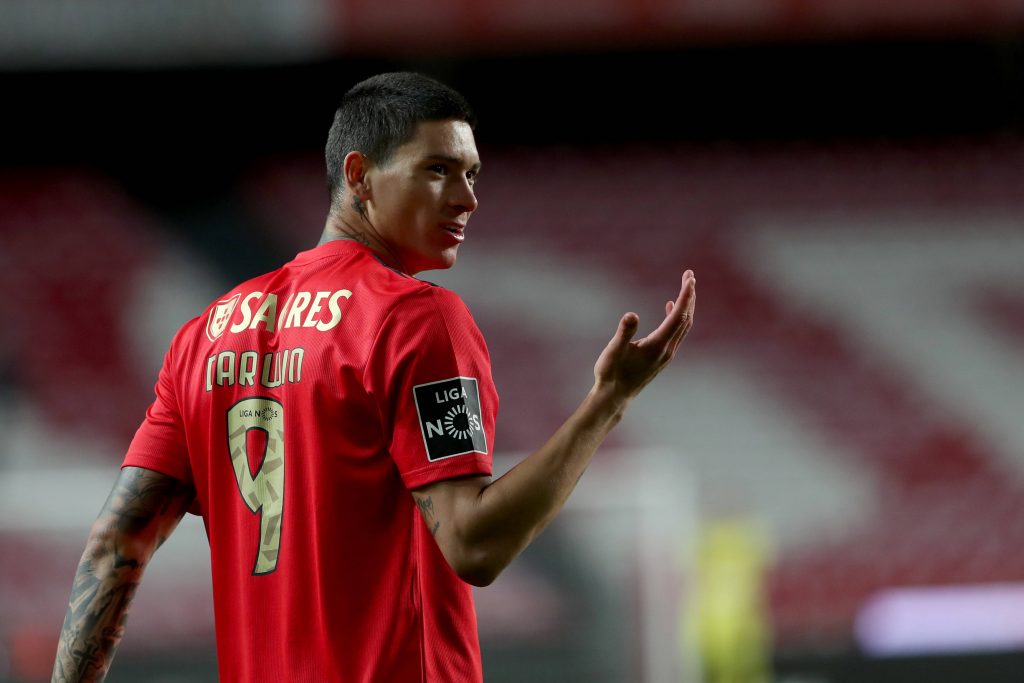 Brighton & Hove Albion have entered negotiations with Benfica over a club-record deal for striker Darwin Nunez, The Mail reports.

The Seagulls have had a quiet transfer window, and they have landed just two signings in midfielder Enock Mwepu and goalkeeper Kjell Scherpen.

The club are eyeing a new centre-forward before the transfer deadline and appears to have their sights on long-term target Nunez.

Graham Potter’s side are prepared to offer around £25 million for the Uruguayan. The fee would break their existing transfer record.

Nunez was heavily linked with Brighton during last summer’s transfer window before joining Benfica from Almeria for around £21.6m.

The 22-year-old had an impressive debut campaign for the Portuguese club, registering 14 goals and 12 assists from 44 appearances.

At the end of the season, he underwent knee surgery that saw him miss Copa America, and he has yet to return to action.

Despite this, the Seagulls have revived their pursuit of the Uruguayan, and it remains to be seen whether Benfica cash in on his services.

It was earlier reported that Benfica value him at £38.4m. Brighton’s bid could see them make a loss as Almeria have a 20 percent sell-on clause.

If Brighton are successful in signing him, he would provide an upgrade and increase the competition for places in the centre forward position.

The Seagulls were among the top ten in terms of chances created last term but were hugely let down by the lack of cutting edge in the final third.

Nunez is not the best at holding up play, but he has the knack of delivering key passes to engage counter-attacking runs for his team.

He is also not shy of testing the opposition with long-range shots. He was not a regular starter at Benfica despite the impressive contribution.

The lure of regularly starting in the Premier League could tempt him to join Brighton, who play a possession-based style of football under Potter.