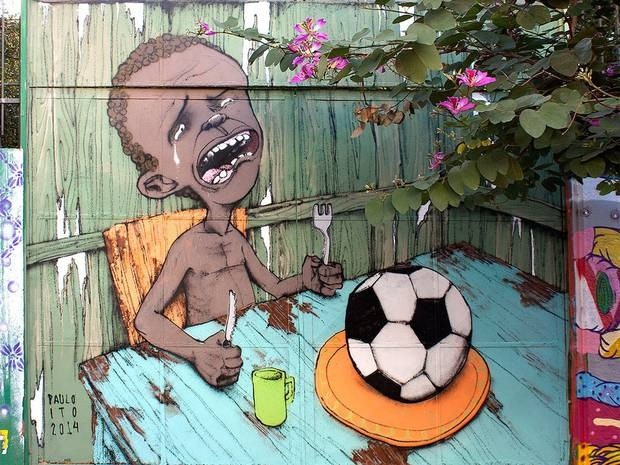 While most football fans are concerned about match lineups or the newly updated rosters, many Brazilian citizens are infuriated with the FIFA World Cup tournament, having organized protests for over a year, and planning further manifestations once the tournament begins.

Many Brazilians are angered by the mismanagement of funds by the nation and are unwilling to continuously be ignored by their government. Many Brazilian citizens have been forced from their homes in order to make room for touristic installations. Moreover, construction costs for the new stadiums has reached $2.4 billion, with little sustainability, a prominent example being the stadiums built in cities like Brasilia, Cuiaba, and Natal, which aren’t big footballing cities.

Brasilia, more concretely, lacks a first and second division team. Who decided to build pricey infrastructures in cities where they will likely go unused after the tournament? These are the questions the Brazilian people want answered.

The South American nation has nearly halved poverty since the 80s and 90s, yet a large portion of the population still struggles with basic human needs. Protesters hitting the streets believe the irrational spending would be better invested in hospitals and schools. As a response to the recent uproar in Brazil, Brazilian street artist Paulo Ito has painted a mural on the city walls depicting a starving child eating a football, accurately revealing that the world’s biggest party has more to it than meets the eye.

Check out more from the author at http://ignoredbypep.wordpress.com.