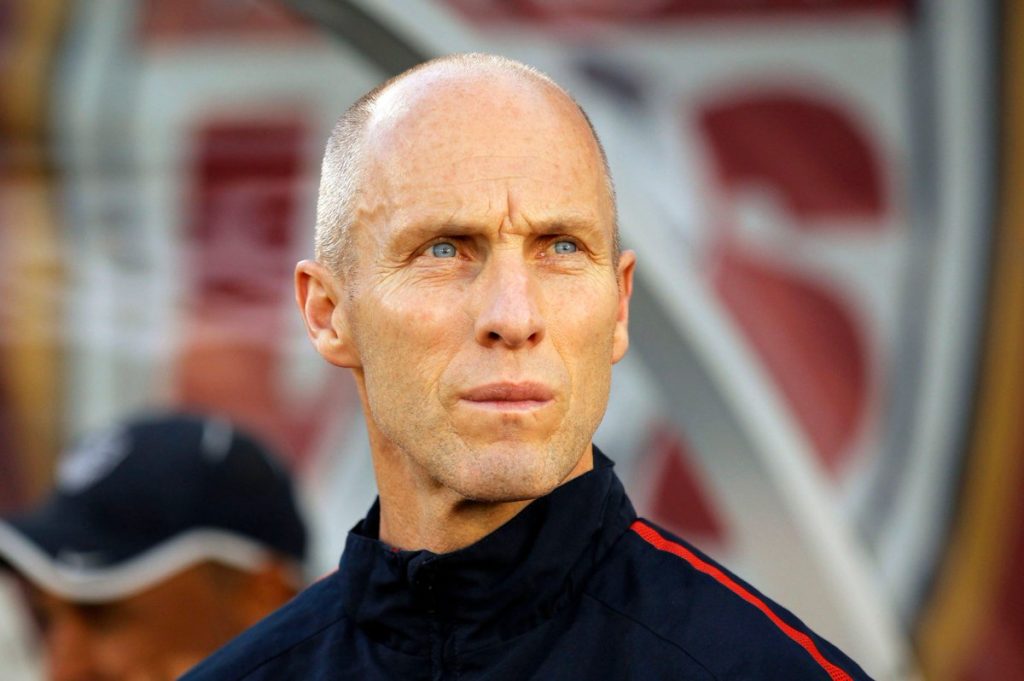 When Swansea City parted ways with Francesco Guidolin and replaced him with Bob Bradley yesterday, there were quite a few who voiced their discontent over the move. As expected, the clamour for Premier League experience was high and Bradley arrives with little reputation in British shores.

A club that does things differently

Swansea City aren’t your typical Premier League club that base themselves on kneejerk-ism and common logic. They have been making left field managerial appointments for almost a decade now; having risen from the depths of near-bankruptcy in 2001 and narrowly escaping regulation from the Football League in 2003, the Swans are an established member of the Premier League and have had respectable mid-table finishes in each of their past five seasons since their promotion to the top flight in 2011.

Since the appointment of Roberto Martinez in 2007, chairman Huw Jenkins has taken the road less travelled by English clubs. The idea was to create a sustainable model that would help the club beat other clubs with bigger budgets and help them build an identity which stays on longer than any single manager and a recruitment philosophy that hinges on signing “Swansea-type” players, regardless of the manager.

Paulo Sousa, Brendan Rodgers, Michael Laudrup, Garry Monk, and the recently fired Guidolin were all managerial choices that were departures from the usual suspects. With Bradley being the first American to manage in one of the top five European leagues, — let alone the Premier League — Jenkins has once again remained true to his unique ethics for Swansea.

“I ended up going to Swansea, because of the values, the ethics and how they worked,” said Rodgers in Michael Calvin’s book “Living on a Volcano” about his move to Swansea, whom he guided into the Premier League for the first time in 2011. The Swans celebrated their centenary season in 2012/13 with a League Cup win under Laudrup, their finest achievement, and a European qualification. And in 2014/15, Monk led the club to their highest ever Premier League finish of eighth.

All of those successes clearly show how well-informed decisions at the top and a sustainable idea of the club’s identity can help any club beat the budget and thrive in the moneyed confines of the Premier League.

Bradley at Swansea has already been written off by sceptics who’ve had a quick glance at his CV. Stints at unfashionable American clubs like Ohio Bobcats, Princeton Tigers, Chicago Fire, MetroStars and Chivas USA and lower rung European clubs like Stabaek and Le Havre make Bradley a far from alluring prospect for Premier League clubs.

Many have felt Bradley only landed the job because the new Swansea owners—Jason Levien, Steve Kaplan and Sam Porter—are all Americans, and having a American pulling the strings on the field is particularly attractive for them.

Which isn’t entirely out of context given ex-USMNT star Landon Donovan has admitted to advising Swansea’s owners and is also a part-owner of the club. But that is where judgments on Bradley should end because he is not the ordinary manager many perceive him to be.

Having had the gumption to compare himself with leading Premier League managers like Jurgen Klopp and Pep Guardiola, Bradley certainly doesn’t lack confidence and has finally got himself the stage where he has worked harder than most to get to.

He led the United States to the knockout stages of the 2010 World Cup, topping a group that had England as its heavy favourites, finished runners-up at the 2009 Confederations Cup, and also won a Gold Cup for the Stars and Stripes.

After being relieved of his duties with the United States, Bradley was appointed the manager of the Egyptian national team in the immediate aftermath of the Arab Spring, an uprising that had “claimed Tunisia’s president, seen Colonel Gaddafi lynched in the streets, and sent Egypt’s president Hosni Mubarak to jail” as stated in James Montague’s book, “Thirty One Nil”.

He took over the reins in Egypt at a time when domestic football was suspended, and his last game in charge of the Pharaohs was the first time his side played in front of a full home crowd. As fate would have it, Egypt failed to qualify for the 2014 World Cup even after winning seven out of eight qualification matches; their only loss was a 6-1 defeat to Africa’s best team, Ghana, which put an end to their qualification hopes.

Bradley earned the moniker of “Captain Bob” in Egypt and worked in conditions that were far worse than at Premier League clubs; in a country ravaged by civil war, he gave direction to its football and lost only twice during his two years as Egypt’s manager.

Having become the first American to coach in the top division of a European league when he became Stabaek’s manager in 2014, Bradley is now set to quash stereotypes about Americans in top level European football at Swansea.

The average life span of an American footballer in the Premier League is about two and a half seasons, not a high number and it gets positively skewed by the longevity of goalkeepers like Brad Friedel and Tim Howard. There has never been a player from America that has had the pedigree of being among the top label stars, and no manager has ever managed to break into the exclusive zones of the big European leagues.

Bradley’s entry into the elite sphere opens a window for football in America, and is also testament to the work that has been done in recent years to plug a gap that seemed impossible only a decade ago. A marriage of an unconventional kind, Bradley at Swansea seems a good fit that could become perfect should he prove himself to be as good as his word.

“When I have a chance to observe different managers, the ones that do good work, I mention [Mauricio] Pochettino, Klopp, [Thomas] Tuchel that took over for Klopp at Dortmund, he’s a fantastic young manager. We haven’t even talked about the Guardiolas and the [Carlo] Ancelottis. But I’ll tell you what, maybe I’m stupid, but I think I’m a manager in and around that level.”

Rory Smith mentioned in his New York Times piece that among the three interviewers it was Jenkins, the Welshman, who was most impressed by Bradley’s pitch. Contrary to the tired conclusions that Bradley’s American owners were heavily influential in his appointment, it took Jenkins’ desire to find his perfect left field connect that led to Bradley’s trailblazing new position.

Having emerged from the darker surrounds of American football to travel to places where he has left his indelible mark, Bradley will have to adapt to the cut-throat nature of Premier League football. As if leading Stabaek to the Europa League, guiding Le Havre to the brink of promotion to Ligue 1 and overseeing the state of Egypt’s underachieving national team in times of civil strife were not enough, Bradley now has the job most people want but only a few survive.

His success in breaking into the elite is momentous for American football, but whether the door that he has opened stays open will depend on how he navigates the next, arguably most important phase of his career.

As Donovan stated, we could even see a few of the top American talents at Swansea now that Bradley is in place at the club. The 58-year-old’s appointment is a watershed moment for football in America and whatever he goes on to achieve at Swansea will be watched closely from the other side of the Atlantic and throughout the world.

And it would be justice to his career and a particular source of joy for his fans if he manages to prove the likes of Chris Sutton — who doesn’t think Bradley qualifies to get the Swansea job over Steve Bruce and Ryan Giggs — wrong. It is a welcome change in English football, and in the Premier League’s era of hardcore managers who have proven themselves at the very top, Bradley comes across as the man who could become football’s next revolutionary.