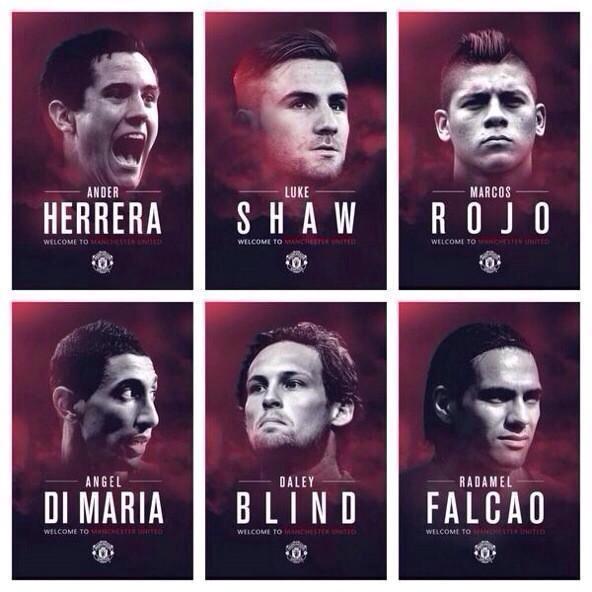 It wouldn’t be too wrong to say that Louis Van Gaal’s time at Manchester United has got off to a disastrous start. Three games into the current Premier League season, the Red Devils have just two points on the board and find themselves in 14th position in the table. In fact, they are level on points with West Bromwich Albion at 18th. They have also been knocked out of the Capital One Cup, following an embarrassing 4-0 defeat at the hands of League 1 side MK Dons. But, with the late infusion of some absolutely world-class players into the squad, the only way for the club is up.

The Manchester United revolution under Van Gaal is in full-flow, with Angel Di Maria, Daley Blind and Radamel Falcao all being signed in the last week of the transfer window. They are all expected to play big roles at Old Trafford this season. This has though, put the regularity of some of the old-timers in doubt.

Van Gaal has deployed the 3-5-2 formation at United and it would be safe to say that the experiment hasn’t worked too well thus far. They have only scored 2 goals in all competitions, while conceding 6. The unfamiliarity of the system may be the prime reason for these lacklustre displays, but things will have to improve pretty soon for United to have a genuine chance of finishing in the top 4.

Assuming Van Gaal sticks to his formation, we take a look at 3 big-name superstars at United whose place in the starting XI is no longer assured.

Following his £37 million move from Chelsea in January, Juan Mata was expected to be a highly influential player at United. He scored 6 goals in 16 appearances for the Red Devils last year, and was billed as one of the players to watch out for this season. But, unfortunately for the Spaniard, things haven’t gone as expected. Despite scoring in a 1-1 draw against Sunderland, Mata has been surprisingly quiet, and has failed to make the impact people expected him to.

With Radamel Falcao coming into the side, Mata’s place is now in severe jeopardy. The Colombian is an out-and-out striker, as is Robin Van Persie, while Rooney can easily be accommodated as a number 10, Mata’s favoured position. Playing as a winger isn’t something Mata is particularly adept at, as his anonymous performances out wide for both Chelsea and United have shown.

Mata may find himself on the bench at United before too long, as the overflowing talent at Van Gaal’s disposal will push him out of the starting XI.

If the future of a few superstars at United are in doubt after their summer-signings, Wayne Rooney is not one of them. The Englishman was named captain of the Red Devils by Van Gaal before the start of the season and is one of the most versatile players that the Dutchman has in his side. He can play equally well as a centre-forward, attacking midfielder or as a central midfielder and will fit into any system.

United legend Paul Scholes said recently that it would be impossible to play Falcao, Rooney and Van Persie in the same side, but if Van Gaal manages to play them together, they would undoubtedly be the most feared striking trio in world football. 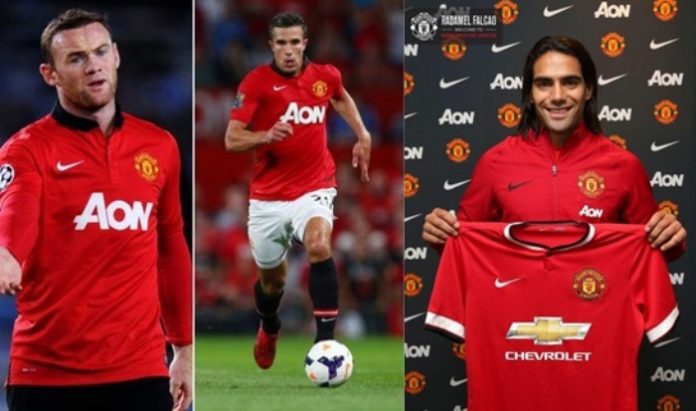 Robin Van Persie’s Manchester United career went slightly downhill last season. After almost single-handedly guiding them to the Premier League crown in 2013, the Dutchman failed to have a similar impact last year, in a season plagued with injuries. On his day though, the 31 year-old still remains one of the best strikers in the world. His fantastic display at the World Cup in Brazil, which saw him score 4 goals for the Netherlands, showed that he still has a lot to offer to United.

Van Persie is a player Van Gaal knows inside-out. Despite a slight dip in his performances for United, he still looks to be a regular in the starting XI. His partnership with Rooney never achieved the heights it was expected to, but with Falcao now set to be up alongside him, Van Persie looks all set to once again become the best forward in the Premier League.

Summer signings Ander Herrera, Marcos Rojo, Angel Di Maria, Daley Blind and Radamel Falcao will all be first-team regulars for United this season. Among the old-timers, Wayne Rooney is something of an ‘untouchable’ as club captain, while Robin Van Persie will be accommodated into the side by compatriot Louis Van Gaal. This means that Juan Mata’s role as a starter is in severe doubt, and the Spaniard may be pushed to the fringes in the coming weeks.