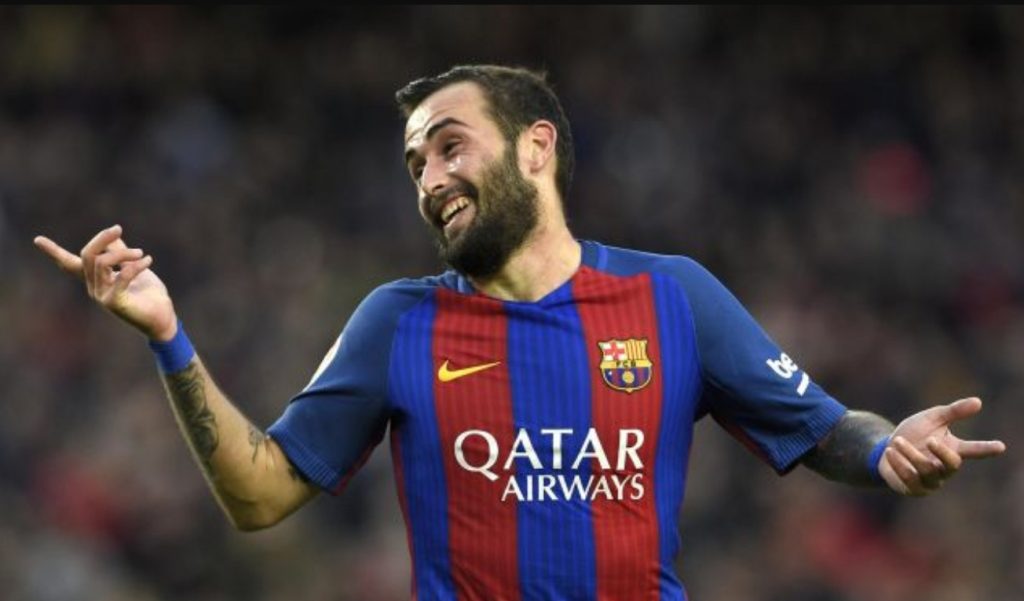 Barcelona right-back Aleix Vidal could be heading to the Premier League, according to reports in Spain.

Vidal joined Barcelona from Sevilla in 2015. However, the move to the Camp Nou has not proved as fruitful as expected for The 28-year-old.

Making only 41 appearances, a move away from the Catalans is paramount to his future.

Due to a transfer embargo he was unable to make an appearance during his first six months at the club.

Also a fallout with former boss Luis Enrique, over his own wedding plans, has further blighted his time with Blaugrana.

That would suggest he’ll be plying his trade with either Manchester United, Manchester City, Liverpool or Everton in the near future.

Capped only once by Spain – Vidal will know that regular first team football could be what is needed for him to regain an international spot.

He does have appealing versatility that may be of interest to any suitors.

Despite naturally being a right-back, Vidal has often operated as a winger. Another key attribute is his electric pace.

He would fit in at all four of the club’s mentioned.

However,  City spent big on full-backs last summer, and don’t really need reinforcements in that area.

Whether the other three clubs are showing serious interest remains to be seen.

You of course can’t rule out the interest of former club Sevilla, or other La Liga clubs either.