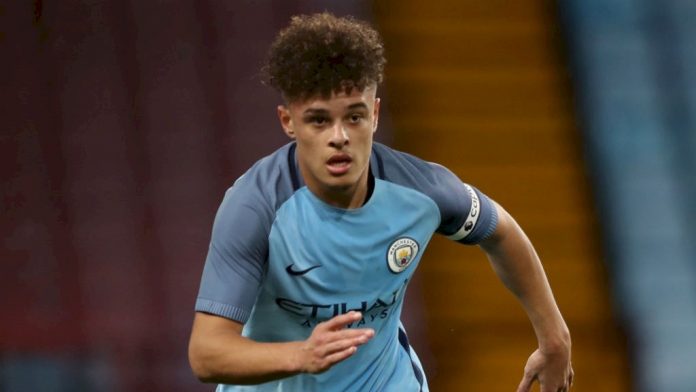 According to BBC Sport, Manchester City defender Joel Latibeaudiere could leave the club this summer as he’s ‘concerned’ about his chances of featuring for the first-team next season. The 18-year-old has yet to make his senior debut and is in a dispute over a new contract at the Etihad Stadium.

City believe his demands are too high for a player who isn’t in the first-team and the ensuring dispute could lead Latibeaudiere to leave the club. With Nicolás Otamendi, Vincent Kompany, John Stones and Aymeric Laporte for competition in the first-team, the England u17 international has a tough task to play under Pep Guardiola.

His existing contract runs until 2020 but there’s a fear he could go the way of Jadon Sancho and leave the club if another present him with a better deal. City have a state-of-the-art academy and are looking to develop their own players to make the transition into the first-team in the future, but there doesn’t appear to be a clear pathway.

Phil Foden and Brahim Diaz did pick up some minutes in the senior squad last season, but their pair were only given handful of substitute appearances. With Latibeaudiere is on the fringes, it’s unlikely his lofty wage demands will be met, which could mean a departure is on the cards.