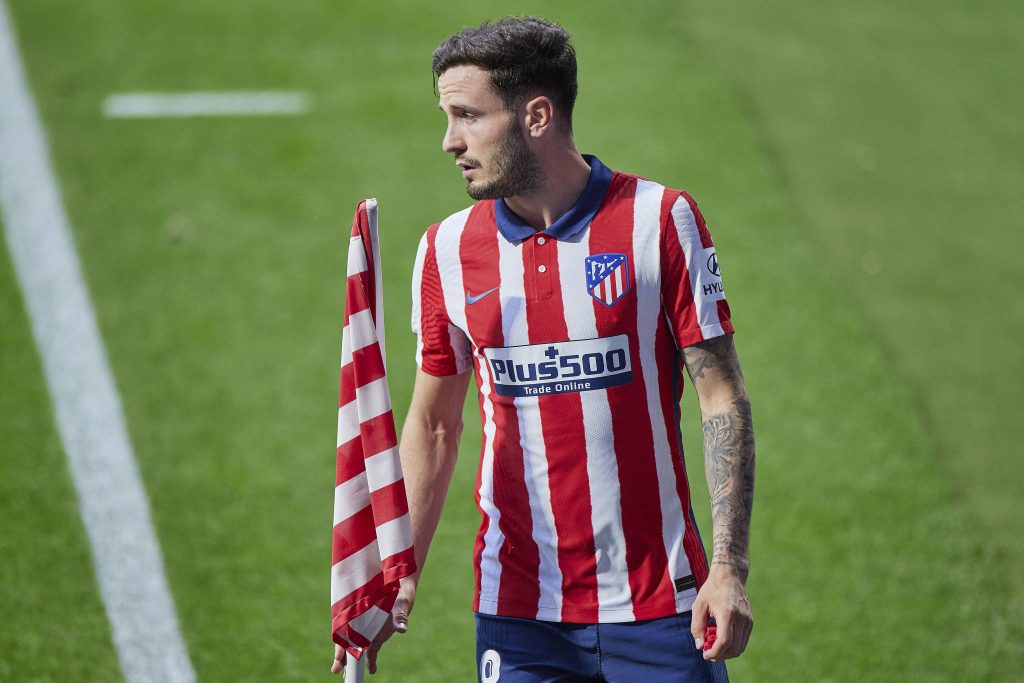 Atletico Madrid are not actively looking to sell Saul Niguez despite the interest from Liverpool, Manchester United and Chelsea, AS reports.

The 26-year-old midfielder was in-and-out of the starting line-up under Diego Simeone last term, ending with just 22 starts in La Liga.

It has been reported that he could head for the exit door, but there have been no concrete bids for his services despite the constant speculation.

Chelsea, United and Liverpool are said to be interested in Saul, but a deal remains complex with a staggering €150 million buy-out clause on his contract.

Atletico are only willing to sell at the right price. They have not ruled out the prospect of keeping him despite the impending arrival of Udinese’s Rodrigo De Paul.

Saul had an indifferent campaign for the Madrid giants last term, but he continues to remain a key player for the reigning Spanish champions.

The Spain international still has five more years on his contract with Atletico after signing a stunning nine-year contract with the club in 2017.

Atletico have parted company with key player such as Antoine Griezmann and Thomas Partey, but only after their release clauses were met.

That is unlikely to happen in the case of Saul with the staggering price tag. It won’t come as a surprise if he stays with Atletico for another season.

Liverpool appear the front-runners in the pursuit of Saul, but they are unlikely to break the bank for him as they have a well-balanced squad.

Georginio Wijnaldum’s departure has left a void, but it could be easily filled with the emergence of Curtis Jones over the past year.

The Reds still have Naby Keita, who has yet to prosper due to regular injury concerns. He will hope for a change of fortunes next term.