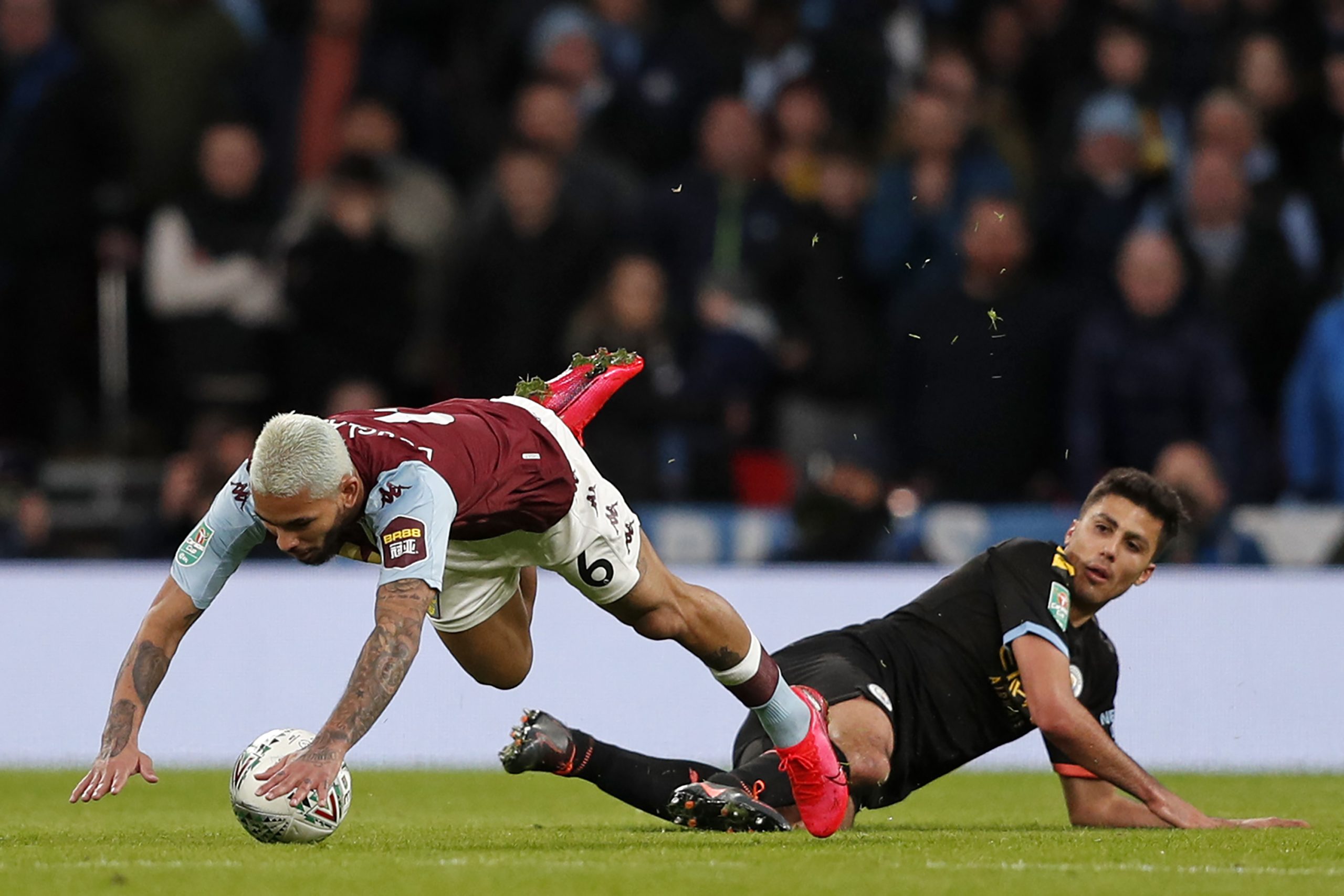 Aston Villa crashed to a 2-1 defeat in the finals of the Carabao Cup against Manchester City.

Dean Smith’s side did well to push City throughout the game but the defending champions had too much quality.

Aston Villa looked out of their depth at times and they will be disappointed with the outcome.

Although they were huge underdogs here, the fans would have expected better from some of the players.

Jack Grealish was marked out of the game and he was ineffective. However, Douglas Luiz’ display seems to have disappointed the fans the most.

The former Manchester City player failed to control the game from the midfield and his misplaced passes allowed City to dominate the game.

He has been quite impressive since joining the club but he failed to deliver in the final today. The 21-year-old midfielder will know that he has let the fans down and he will look to work harder and win over his critics in the coming weeks.

With their survival in the Premier League at stake, Villa have bigger fish to fry now. They should look to get over this defeat as soon as possible and concentrate on the upcoming league games.

Here is what the fans had to say about Luiz earlier.

Proud of that team (except the useless Douglas Luiz)