Are promoted clubs more prepared for the Premier League? 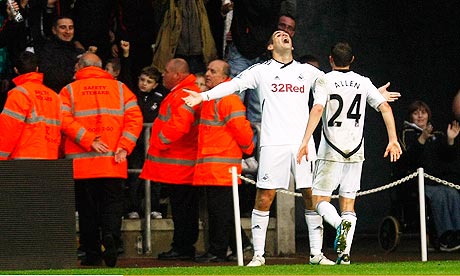 This season has seen the birth of a newly adapted style for the three promoted clubs that have graced the Premier League this season – Swansea City, Queens Park Rangers and Norwich City. All three clubs have enjoyed spells in the top half and have kept their cool when faced with a barrage of quality opposition of which they probably have only dreamt about or watched on Sky Sports on the weekend.

However, is this success of the promoted clubs permanent for this season? Or, is it the case that promoted clubs have always been this well adapted and it is just passing phase for the opening months of the season whilst the more experienced and seasoned Premier League clubs await their season to really get going.

In the recent years there’s always been a club that has gone down and looked well out of the battle to avoid the drop – usually a newly promoted club – with the likes of Derby, Watford (twice), Sunderland, Portsmouth and West Ham all gone down without a chance. The most recognisable is Derby and the two poor campaigns from Sunderland which brought out the three worst points tallies in a season in the Premier League.

However, Derby’s simply pathetic tally of 11 points in the 2007/08 season has already been broken ten matches into the new season by all three promoted clubs. The next lowest of 15 by Sunderland is yet to be broken but when pundits say around a point a game is the target to stay up, the promoted clubs aren’t doing that bad for themselves. They just need to reach that sacred 40-point shelf which almost guarantees them for a return to the top flight in August.

Clubs such as Wolves, Norwich and, most notably, West Brom have the ability to fight back, coming back off a relegation to ensure a long spell in the top flight. Wolves’ brief stint in the Premier League in 2003/04 was followed by a return in 2009 which still continues today in their third successive season in the top flight after staving off relegation last term.

Norwich have been the most surprised but best of the lot that have been welcomed into the top flight this year. Their fantastic performances at Anfield and Old Trafford may have only warranted a single point but it deserved a lot more – to go to world renowned football sides and play them off the pitch is some achievement.

A season which started slowly for the Canaries suddenly burst into life with wins over Bolton, Sunderland and Swansea with an impressive fightback against Blackburn at Carrow Road on Saturday. Norwich have shown the grit and determination that a Premier League should possess in recent weeks – that enough should keep them afloat this season.

All the promoted clubs face a handful of tough opposition in the lead up to Christmas having faced a kinder schedule in the opening to the season. Norwich still have to play the likes of Spurs, City and Arsenal whilst Swansea still have Liverpool and Man United back to back in November. 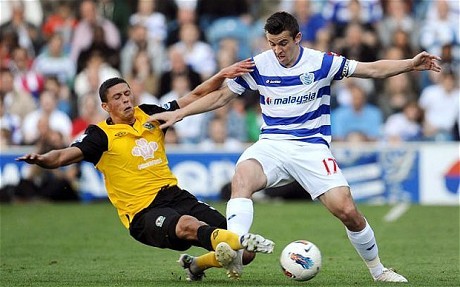 QPR have attracted the likes of Joey Barton and Anton Ferdinand to Loftus Road.

QPR’s new signings and wealth has lured in stars like Joey Barton who have become instrumental in creating a success in the most recent London side to grace the Premier League. Barton’s performance in the match away at Molineux was almost out of this world, he manufactured the 3-0 win against Wolves.

This win complimented brilliantly with the home match against Chelsea last week ensured a nice and lengthy stay should be granted for the R’s who overcame 4-time Premier League champions with a spot kick. A 3-1 defeat to Spurs would hurl them back into reality, however.

Neil Warnock’s big test will come closer to Christmas when more top sides who play in Europe week in, week out, come to Loftus Road as Warnock will welcome both Manchester clubs and Liverpool all before Christmas in a crucial period for the former Huddersfield and Sheffield United boss.

Swansea’s upcoming matches seem tough with a trip to Liverpool this weekend followed by a Welsh welcoming against Manchester United next Saturday. Sir Alex Ferguson and United will not be relishing a tricky away tie at the Liberty Stadium considering the Welsh clubs home form going into the game.

With just the one concession of a goal at home in the Premier League, Brendan Rogers has gifted eleven of their twelve points thus far in the season at home with three impressive wins over West Brom, Stoke and Bolton in their recent three home games. Away form isn’t to blame for the Swans really as they have travelled to the likes of Arsenal, Chelsea and Manchester City – Premier League’s elite.

When Swansea face more of their own level of opposition away from home, then comes the time to question Rogers’ sides approach away from the Liberty Stadium. But until then, Rogers will be able to continue to look upon the Premier League table with glee considering their 10th place.

On the other hand, an illustrious start can be hard to live up to in the second half of the season – as proven by Hull City and Blackpool in recent seasons. Both clubs have enjoyed spells in the top five but a patch of form which plummeted both clubs down the table have left fans disappointed at the turn of the season.

Could the old crop of seasoned and experienced clubs like your Blackburns and Boltons of this world be out into the Football League once more, allowing the birth of new established names in the top flight?

If the promoted clubs do get dragged into the relegation dogfight they could survive and enhance their reputation. I mean, just look at Portsmouth. They staved off relegation and under Harry Redknapp’s guidance were gifted European football and two FA Cup finals – one package of winner medals.

Just ignore the financial trouble and relegation which followed.