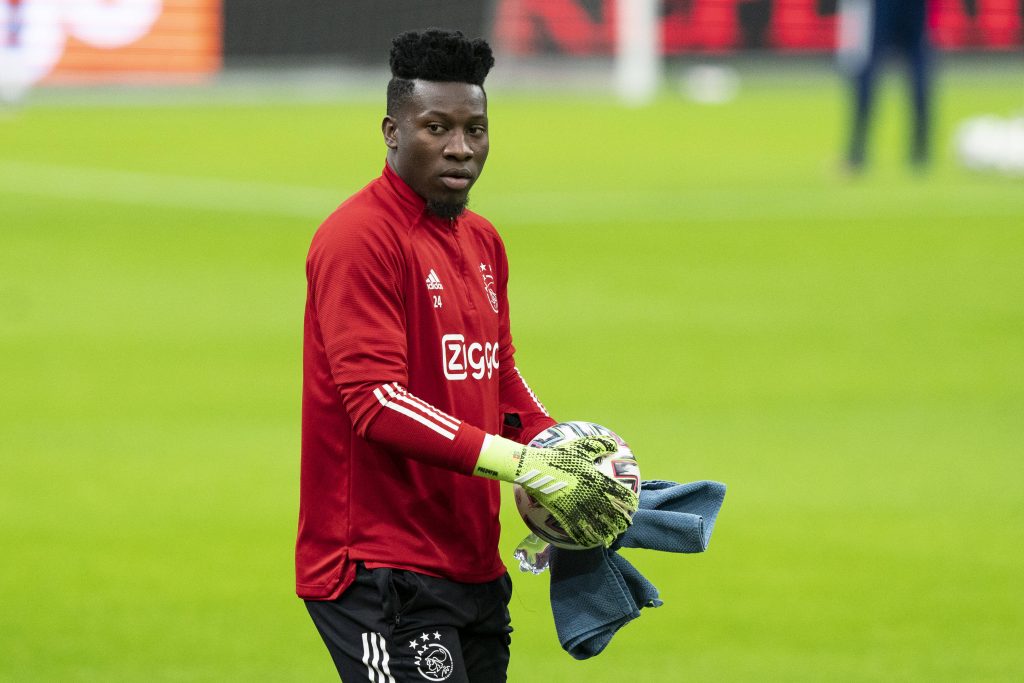 The agent of goalkeeper Andre Onana has confirmed that Lyon have entered talks with Ajax over a potential transfer this summer.

The Cameroon international has entered the final year of his contract with the club, and he is widely expected to leave in the coming weeks.

Premier League club Arsenal were deemed favourites to sign him a few weeks ago, but they have not made any formal approach for his services.

A recent report claimed that Lyon have moved ahead of Arsenal in the player’s pursuit, and they could sign him with the assurance of game time and European football.

His agent Albert Botines has now confirmed that talks are underway between Ajax and Lyon over a possible transfer agreement this summer.

He told Voetbal Primeur: “Yes, they are interested. The clubs are in talks.”

Arsenal were in regular contact with Botines earlier this year despite Onana’s ongoing FIFA ban for taking an illegal drug for medical treatment.

His suspension has since been reduced from 12 to nine months by the Court of Arbitration of Sport. He could return to competitive action from November 4.

The 25-year-old can begin team training from September 4, but the Gunners have shown a reluctance to put a transfer offer on the table.

Gunners boss Mikel Arteta may not guarantee a starting role with Bernd Leno at the club, while Onana could miss a major part of next season.

Aside from his ongoing ban, Onana would be absent at the beginning of next year due to international commitments at the African Cup of Nations.

This has led to the Gunners looking at alternative homegrown options. Sam Johnstone and Aaron Ramsdale are currently regarded as the top targets.

It appears that Lyon are in pole position to sign the Barcelona graduate at the moment.