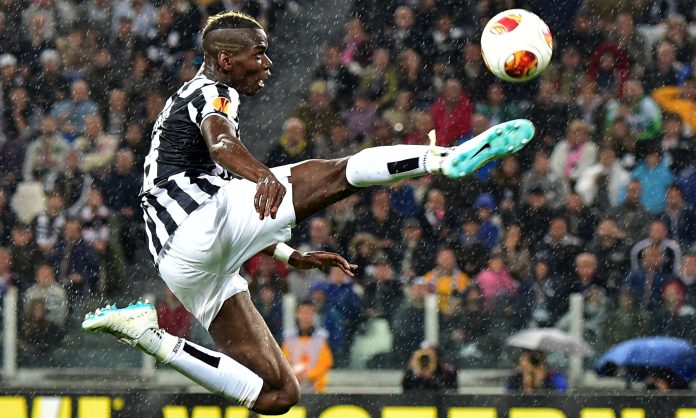 Juventus manager Massimiliano Allegri has urged Paul Pogba to snub advances from Manchester United in order to continue with the Old Lady to win the Scudetto and hopefully the Champions League.

The 23-year-old is currently on a break after playing a role in France’s road to the final of the Euro 2016. Pogba saw his national side suffer a defeat at the hands of Portugal, with Eder’s goal in the extra time being the difference between the two sides in the final.

Pogba’s form for both his club and country has seen him attract interest from clubs across the Europe. However, Juventus are asking for a world-record fee of £100 million from potential suitors to part ways with their star midfielder.

United manager Jose Mourinho has made signing the France international as a priority, according to the Daily Record’s Duncan Castles. Allegri has warned Pogba that he would miss out on the opportunity of playing for “Europe’s top four” if he decides to leave his current employers.

“I am calm about the English rumours. Anyone who has the opportunity to leave Juventus has to consider things very carefully, because right now Juve are among the top four European clubs,” Allegri told Gazzetta dello Sport, as reported by Sky Sports.

“This is not a selling club that just lets its players go. Pogba belongs to Juve and at the end of the day he too will want to win another Scudetto and hopefully the Champions League.

“We have grown in terms of appeal and awareness of our own capabilities. So far our market this summer has been eight out of 10, bringing in players of international pedigree like Medhi Benatia, Dani Alves and Miralem Pjanic.”

Pogba left Old Trafford as a free agent in the summer of 2012 and is now wanted by the Red Devils, who will have to pay a mammoth fee to bring him back to the club. His agent Mino Raiola has already done business with United as he has helped two the Premier League giants sign two of his clients, Zlatan Ibrahimovic and Henrikh Mkhitaryan.

United and the majority of their supporters would be hoping that Raiola can help Mourinho’s side land his third client in the same summer transfer window.