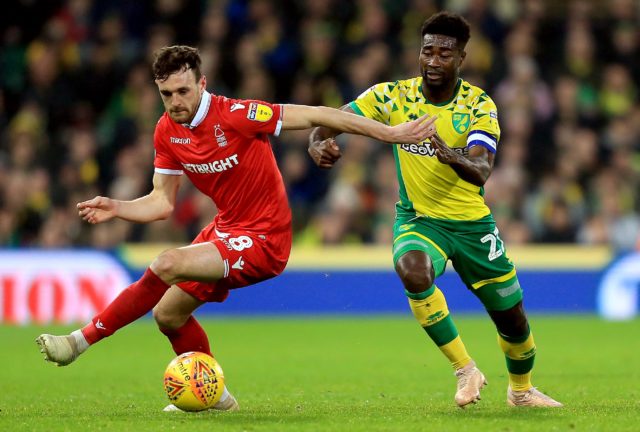 Norwich City midfielder Alex Tettey has stated that Liverpool should be handed the Premier League title if the season comes to a premature end due to the global Coronavirus pandemic.

Liverpool are sitting at the top of the Premier League table with 25 points ahead of second-placed Manchester City with nine games left to play, but the season has been halted due to the current global health pandemic.

The top four tiers of England football has been suspended till April 30 due to the Covid-19 outbreak, and given how massively it has spread across the country and the world, it doesn’t look like the situation will get better anytime soon.

It is obvious to all that Liverpool, who just need two wins from their remaining games, are heading towards their first title in 30 years, and Tettey has suggested that the Reds should be given the Premier League title.

At the same time, he has suggested that the Premier League must be completed. There are many, like Rio Ferdinand and Karren Brady, who have suggested the league to be declared void, but it seems the football governing body are keen to complete the season whatever time it takes.

“They lead by 25 points. Should the league be called off, just give them the trophy. It must be fair.

“If they have to play the matches for many months, and we stay until August or September, then we just have to do it, because it’s fair to end this season.”

Norwich find themselves at the bottom of the Premier League table with just 21 points on board, and it would actually benefit the Canaries if the season is called off. However, Tettey feels that it would be really fair if the footballing authorities take that route.

People across the world are fighting for their lives and as such football can take a back seat for a while. But, once the situation comes under control, the sensible thing would be to finish the current season at the earliest.