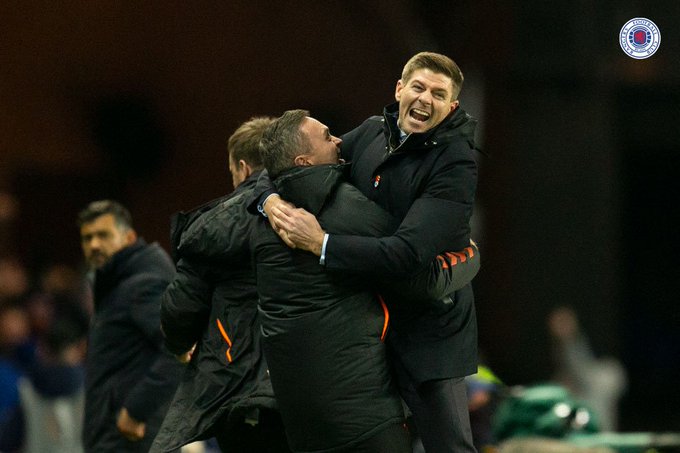 Glasgow Rangers move one step closer to reaching the knockout stages of the Europa League after earning a memorable victory against Porto at Ibrox on Thursday.

The Gers, who drew 1-1 against Porto in their last match, produced a superb second-half performance to win 2-0, with goals coming from Alfredo Morelos and Steven Davis.

Former Rangers star Alex Rae took to social networking site Twitter to express his reaction. He said Morelos was the driving force for the Gers and the man of the match for him.

Rangers coach Michael Beale also took to Twitter to express his reaction after the game. He wrote:

A good night to be 🔴⚪️🔵 #RangersFC pic.twitter.com/e61xygSQMb

Rangers, who are joint-toppers in the Scottish Premier League alongside Celtic, have progressed immensely under Steven Gerrard, and everyone associated with the club should be proud of this performance.

The victory means Rangers now sit joint top of Group G alongside Young Boys of Switzerland with two games remaining, while Porto and Feyenoord are three points behind.

Morelos has been phenomenal for the Gers this season. The Colombian international has now scored 11 goals in Europe this season, and 21 overall in all competitions.