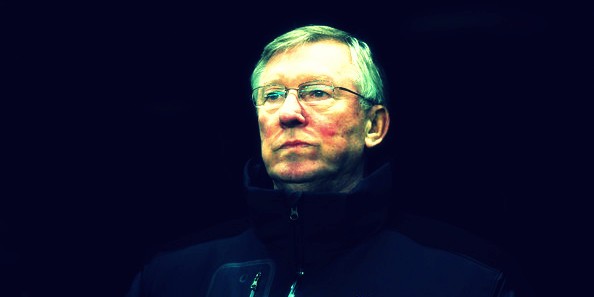 Sir Alex Ferguson is playing mind games with Manchester City ahead of the derby this weekend by suggesting they are getting too many penalties at home.

The news will cause many fans to chuckle as Manchester United are thought to receive a large percentage of generous decisions when they play matches at Old Trafford. However, statistics reveal that City have been awarded 21 penalties at home since August 2010.

It could be a subtle move by Ferguson to subconsciously apply the pressure to referee Martin Atkinson ahead of the game despite the fact that United have been awarded more penalties with five than their main rivals.

“The number of penalty kicks they get – 21 in the last year or something like that.

If we got that number there’d be an inquiry in the House of Commons. There’d be a protest.”

The comments are not a sign of weakness as many will interpret. Ferguson has been doing this sort of thing and making similar comments throughout his career because it’s an easy way to try and give his team an advantage ahead of important matches.

Ferguson has also reiterated his comments that United’s rivalry with Liverpool is bigger than the one they have with City and the only reason people talk about the Manchester clubs is because how fortunate City were to have a Sheikh take over.

“Liverpool and United games over the last 25 years have been unbelievable.

They’ve always been the most important games – Their (City) fortunes changed the minute Sheikh Mansour took over.”

Manchester United will move six points clear in the Premier League title race with a win at City this weekend. Roberto Mancini seems to have resisted the urge to send some comments back in the direction of Ferguson as the long serving United coach does his best to ruffle some feathers.

Ferguson has also confirmed that midfielder Shinji Kagawa and captain Nemanja Vidic will not be fit for selection this weekend.