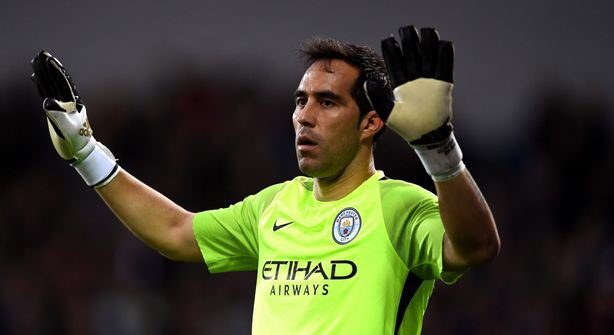 Manchester City progressed swiftly to the next round of the FA Cup, after winning 5-1 in the fifth round replay, but Shearer wasn’t particularly happy with Bravo’s effort.

Bravo conceded another sloppy goal as he was beaten in just seven minutes from close range. Harry Bunn broke the deadlock after he smashed the ball at the keeper.

The Chilean, who has faced much criticism this season, was perfectly placed to save the shot, but the ball slipped underneath him and hit the net. A really sloppy goal to concede.

Shearer while analysing the game for BBC said, as quoted by The Mirror:

Bravo should do better. He should not be beaten from there, it’s straight at him, it went underneath him, poor goalkeeping.

Bravo has been unconvincing since he made his move from Barcelona last summer. He had conceded from nine of the previous fourteen shots he has faced, prior to this match.

Pep Guardiola, the City manager, however has given his full support to the keeper. Bravo was later taunted by his own fans with a sarcastic applause for making a save afterwards.

The 33-year-old keeper, who sat out five of the previous six games, has recently been dropped in favour of Willy Caballero. Guardiola hailed Bravo’s performance ‘amazing’ and said that he congratulated him on how he played.

Guardiola was also full of praise for Sergio Aguero, who scored twice, set up another, and hit the woodwork during the game. With this victory, City have moved into the quarter finals, where they will face Middlesbrough at the Riverside.