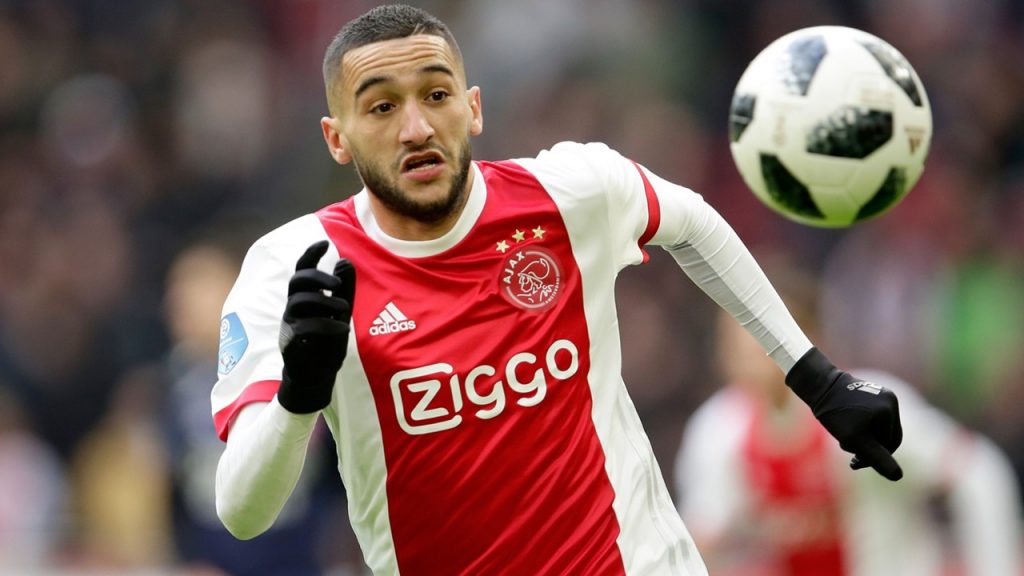 Everton were reportedly interested in signing Ajax star Hakim Ziyech, but the player’s agent wants him to make a move to either Liverpool or Arsenal.

The influential Ajax playmaker reminded everyone of his calibre after an impressive World Cup campaign with Morocco. He is seen as one of the highly rated players in Dutch football, and has started the 2018-19 campaign on a high as well.

He was superb in Ajax’s 5-0 thrashing of AZ Alkmaar and took his goal tally to four for this season. Furthermore, he has registered three assists in eight Eredivise games as well.

The 25-year-old’s impressive form has caught the attention of Everton with Calciomercato reporting in the summer that the Toffees were interested in bringing him to Goodison Park.

However, Ziyech’s agent, while speaking to Voetbal Primeur, has claimed that the player would be ‘crazy’ to join Everton. Rather, he should, aim higher.

Ziyech was linked with a move to Italian giants Roma over the summer, but his agent feels that the player should focus on moving to heavyweight Premier League clubs, like Liverpool or Arsenal.

“That would be crazy for that boy, he should not go to Everton. “What are you doing there?”, Rene Van der Gijp said. “I hope that there will be a better club than Roma, an Arsenal or Liverpool.”