A Dramatic End to a Crazy Season 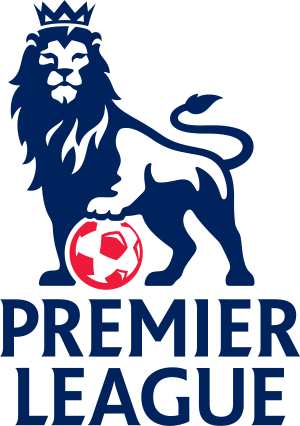 Below is a round-up of how the points were shared and the significance for the teams involved.

Roberto Mancini’s side seemed to be destined for second place for much of the afternoon as Queens Park Rangers produced a display of resilience to thwart their opponents.

The situation was desperate as the match at the Etihad Stadium moved into injury time.

QPR, down to 10 men for the final 35 minutes of the match after Joey Barton’s red card, were winning 2-1 and set to become the first side this season to beat City on their own patch.

More significantly, Manchester United were winning 1-0 at Sunderland thanks to Wayne Rooney’s header – which meant City had to secure victory to win their first title in 44 years.

With 75 seconds of the five minutes of injury time elapsed Edin Dzeko fired in to level the match and set the tone for an astonishing finale.

And with less than two minutes remaining, Sergio Aguero fired past Paddy Kenny from close range to spark massive celebrations in the stadium.

For much of the afternoon, United looked set fair for their 13th Premier League crown.

Rooney’s goal, his 27th Barclays Premier League strike of the season, put them in pole position until Pablo

But after the interval, Djibril Cisse pounced on a loose ball after Joleon Lescott’s misjudged header and shot low past Joe Hart.

QPR’s task was made harder, however, when Joey Barton was sent off for an elbow on Carlos Tevez.

But with the seconds ticking away, there was still time for the remarkable turnaround, which gave City the three points and ensured they finished ahead of their neighbours – the first time in the history of the Premier League that goal difference has separated the top two teams.

The Race for Europe

Arsenal secured their place in the UEFA Champions League next season as they won a five-goal thriller at West Bromwich Albion to finish third in the Barclays Premier League.

The Gunners finished a point above Tottenham Hotspur, who won 2-0 at home to Fulham, with Newcastle United, who lost 3-1 at Everton, back in fifth place.

Arsenal are now assured of their place in next season’s competition, while Tottenham must wait to see what happens in the Champions League final in Munich next weekend.

If Chelsea beat Bayern Munich, then they would take Spurs’ place in the Champions League and Spurs would drop into the UEFA Europa League.

Arsenal went ahead early at West Brom when Yossi Benayoun drilled in, but the Baggies scored twice in quick succession through Shane Long and Graham Dorrans to go 2-1 ahead.

Andre Santos rifled in a leveller to give Arsenal renewed hope, and defender Laurent Koscielny bundled in a second-half winner after a mistake from WBA keeper Marton Fulop.

Tottenham secured fourth with a routine victory at White Hart Lane over Fulham, with Emmanuel Adebayor scoring with only two minutes on the clock and Jermain Defoe wrapping it up just after the hour mark.

Newcastle’s sensational season ended with defeat as Alan Pardew’s men had to settle for a place in the Europa League next term.

Steven Pienaar and Nikica Jelavic put the Toffees 2-0 up at half-time, and John Heitinga secured the points by heading in a right-wing cross after the break.

The Magpies pulled one back when Tony Hibbert headed into his own net, but it was not enough to get them back into the match.

Queens Park Rangers will play in the Barclays Premier League next season despite an epic 3-2 defeat at Manchester City on Sunday.

Bolton Wanderers needed a win to overtake QPR and could only draw 2-2 at Stoke City. The Trotters go down after 11 years in the top flight.

As it stood at half-time, Bolton were safe having taken a 2-1 lead through a strike by Mark Davies and a freak goal by skipper Kevin Davies, while QPR were trailing 1-0 at Manchester City.

But in one of the most dramatic 45 minutes in Barclays Premier League history, Djibril Cisse scored an equaliser for QPR and though Joey Barton was sent off, Jamie Mackie headed Mark Hughes’ side in front to put the Londoners on course for safety.

By the time Edin Dzeko and Sergio Aguero scored injury-time goals for Man City to beat QPR 3-2 and snatch the title, Jonathan Walters had already equalised for Stoke from the penalty spot to condemn Bolton to the drop.

Rest of the League

Two-first half goals ensured Chelsea finished the season with a home victory over relegated Blackburn at Stamford Bridge.

The Blues, who play Bayern Munich in the Champions League final next week, took the lead with a John Terry header in the 20th minute before Raul Meireles added a second 14 minutes later.

Blackburn striker Yakubu reduced the deficit in the 60th minute with a header.

Norwich completed a straightforward victory over Aston Villa to cap off an impressive return to the Barclays Premier League as they finished 12th in the table.

The Canaries took the lead through Grant Holt, who scored his 15th League goal of the season, from a free-kick before Carlos Cuellar’s mistake allowed Simeon Jackson to double the lead.

Villa goalkeeper Shay Given produced a string of fine saves to deny the hosts from stretching their lead further.

Danny Graham scored the 100th goal of his career as Swansea finished their debut Barclays Premier League season on a high following a win over Liverpool as they secured 11th place in the table.

Matt Jarvis put the visitors in front in the ninth minute but the hosts hit back with two goals in three minutes through Franco di Santo and Emmerson Boyce.