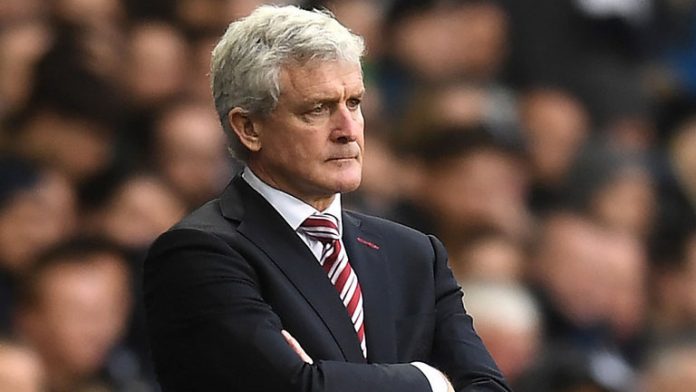 Fulham manager Slavisa Jokanovic finds his job under increased scrutiny after his side suffered their fifth consecutive defeat on Monday night – 1-0 away to fellow strugglers Huddersfield Town.

After the game, the 50-year-old admitted his future at Fulham was out of his hands and bemoaned a lack of quality from his side. There hasn’t been one managerial casualty this season, but Jokanovic is one of many walking on ice in November and could be the first to get the boot.

Crystal Palace are enduring a woeful run of form under manager Roy Hodgson, suffering four defeats from their last five Premier League games and being winless in six.

The Eagles, who are 14th in the division with eight points from 11 games, have managed only one victory since the opening day of the season and find themselves closer to the relegation zone than the top-half of the table.

Hodgson isn’t under immediate threat of the sack, but he’s walking a tightrope while Palace’s winless run continues. He can’t afford the slump to carry on, as if the Londoners drop into the relegation zone his future might be in doubt.

Neil Warnock is under no illusions about his situation at Cardiff. He knows his job is on the line if City continue to underperform and his days may be numbered as a result.

The 69-year-old said in October: “There is no doubt. Every manager is under pressure. You do find every big agent is pushing managers’ names. I have heard two or three be mentioned already for my job, but that’s not just me, every manager gets that.”

The Bluebirds are currently 19th in the league with five points from 11 games, having lost seven of their last eight games. Goal difference is keeping Cardiff from propping up the table.

Slavisa Jokanovic admitted in the aftermath of Fulham’s defeat on Monday that his job security is “outside of my control”.

The Cottagers knew they were going to be in a relegation battle this season which might see Jokanovic given more time to get things right, but his job remains on the line while Fulham prop up the table and continue to lose games.

No side have conceded more goals (29) lost more games (8) and amassed fewer points (5) than Fulham, so Jokanovic has a lot of work to do to get the Londoners out of the drop zone.

Mark Hughes could be the first manager to get the sack after Southampton slumped to a 6-1 defeat to Manchester City over the weekend. The Saints have just one win to their name this season and are just one point above the relegation zone.

Hughes’ men have gone seven games without a win and have scored just one goal in their previous six outings. Since September 17, the Saints have only scored past Manchester City. Hughes could be axed if his side fail to beat Watford, according to reports, so his time might be running out at St Mary’s.