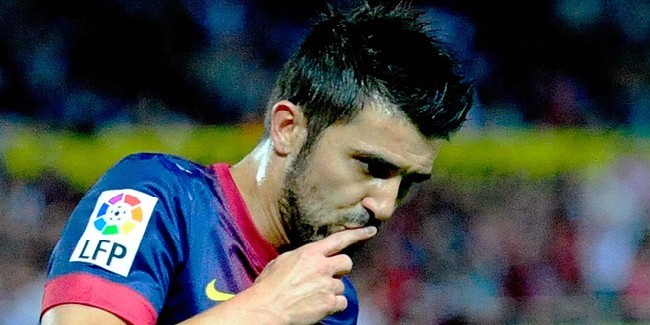 We’ve all been there at some point. You’re efficiently and ruthlessly turning the meticulously wrapped presents under the tree into a site that now closer resembles a landfill, when about halfway through your bounty you are dealt a swift and disappointing blow, with the revelation of a particularly underwhelming present.

You had been a good boy/girl over the past year. Why is Santa punishing you so?

My personal favourite, in this particular scenario when I was young, was the receiving of the exact same set of travel sized aftershave gift packs from a family relative on annual basis. Ignoring the fact that I was way too young to shave, I was still mature enough to recognise that the generic names such as “Polo Aftershave” were obviously poor imitations, that would not appease the taste of the up market, pampered man. The fact that they all smelled like paint stripper too, was a bit of a give away.

Much like my disappointment in opening those familiar sized boxes of poison, Liverpool fans awaiting to find out what will be in the clubs Christmas stockings may well also be greeted with disappointment.

The transfer window reopens in January, and the media as you would predict is hard at work building up expectations. Such expectations of what players might be unwrapped has the imagination of many a Liverpool supporter running wild.

The Christmas list is growing bigger and sillier by the day. In order to soften the blow when the gifts turn out to be cheap knock offs for the real thing, here are the top four players Liverpool will NOT be buying this January.

Top of the pile without doubt has to be David Villa. With a price tag of around the £10 million mark he doesn’t command an outrageous transfer fee, but his wages most certainly will.

David Villa is recognised a lethal goal scorer who will attract the attention of all the usual suspects. Suspects who will have little difficulty offering him in the region of £150,000 plus a week.

Liverpool, on the other hand are going through a period of painful austerity measures, and have been drastically trying to cut their wage bill. The likes of Milan Jovanovic reportedly on over £100,000 have been offloaded, while Joe Cole, another higher earner, stubbornly remains for the mean time.

Villa, at 31, while can not be compared in the same class as either of the aforementioned, would not meet the transfer policy of buying young, gifted and preferably British talent. He would also have little in the way of resale value.

Even if you ignore all these observations, would Villa leave Barcelona to join a team that is unlikely to be able to offer Champions League football next season?

If he does depart, Camp Nou, expect him to stay in Spain, or to make a move to club that cares neither for how many zero’s are in the salary figure, or for UEFA’s financial fair play regulations. PSG and Manchester City come to mind.

The key to all the speculation that surrounds Theo Walcott, bar the fact that most of it is coming from The Daily Mail, is his continual delay of signing a new contract which expires in the summer.

For Arsenal fans they’ve been here before, and it all sounds worryingly too familiar. Walcott’s contract dispute presumably centres around the disparity of what he thinks he is worth and how far the club is willing to stretch. A case of seeing who blinks first.

While Liverpool may well be willing to meet the wage demands of Walcott, again, its unlikely that they will be offering Champions League football anytime soon. In which case, the Manchester Clubs look a far more likely destination, should Arsenal stick to their guns.

If you’ve not heard about the precocious talents of Wilfried Zaha, then quite frankly what have you been doing since the start of the season? During the summer, Zaha was targeted by Wigan as a possible replacement for the outgoing Victor Moses, but they turned their noses up at a £4 million valuation from Crystal Palace.

Fast forward a few months and the tricky winger is now being touted at around £20 million and has made his England debut.

If the price tag and the international debut wasnt enough to impress, he also has own anthem sung by the fans and a matching billboard that mocks his opponents. Even if Liverpool were able replicate such ego boasts, the inflated price will see an end to any ambitions of capturing his signature.

Liverpool, are no longer in the market for a young, English, expensive forward, that has bags of potential, but remains unproven at the highest level. Perhaps Crystal Palace would be open to a swap for Andy Carroll!

I could almost copy and paste the paragraphs from David Villa. What makes any deal for Sanchez even less likely is his relatively young age and the price he is therefore likely to command. Enough said.

But fear not Liverpool supporters, the likes of Villa, Walcott, Zaha and Sanchez maybe off the list, but there will be some presents under the tree.

What is notable about all the above speculated targets is they do share a common theme. Liverpool are obviously in need of support up front, and all these names fit the type of a pacey and technical player, that can play off Suarez or as a winger, and would work under Brendan Rodgers’ 4-2-3-1 system.

So, the type of player seems on the mark, but the calibre needs some scaling back. Liverpool, I believe, are more likely to be sealing a loan deal or purchase for Daniel Sturridge (Exactly what Liverpool need – a player renowned for missing more chances than taking them), and a return of former Liverpool youngster, Thomas Ince.

In Ince, Liverpool will be buying back their former player for considerably more than they sold him, but they can seek some comfort from the fact that they will be getting a cut deal with his buy on clause. Lastly, If Liverpool do insist in acquiring some Catalan talent, then the more realistic target will be a move for Christian Tello – on loan.

For all the Liverpool fans giddy with excitement at the prospect of their team signing players of the calibre of Villa and Co., consider your expectations rightly lowered and your Christmas only partially ruined. If I turn out to be wrong, and Liverpool do manage to sign any of the four, I’ll promise not to be such a bar humbug next time.