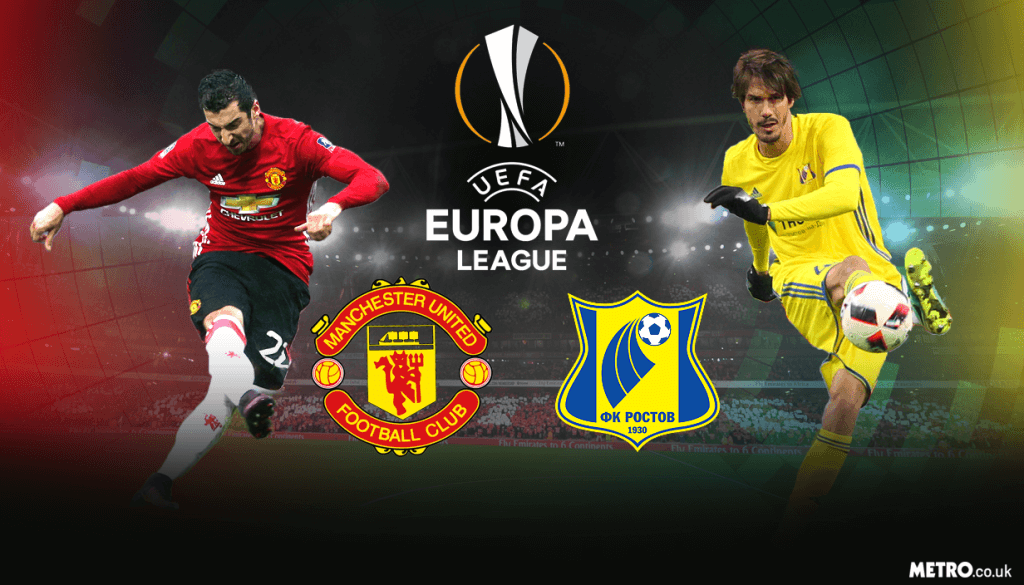 The Red Devils managed to grind out a 1-1 draw away from home in the first leg and will be favourites to qualify for the next round with a win at home.

Jose Mourinho’s men crashed out of the FA Cup against Chelsea earlier this week and will be determined to progress in Europe. It is their best chance of winning a trophy this season.

Manchester United will be without the injured duo of Wayne Rooney and Anthony Martial for this game.

Rostov are unbeaten in their last seven competitive matches and the Russian outfit managed to hold United to a draw in the first leg. However, they are simply out of their depth here.

The Russian outfit have struggled on the road this season and they have won just two competitive matches away from home all season.

Rostov have won just two matches away from home all season.

Manchester United have won 6 of their last 8 matches in the Europa League.

Rostov did well in the first leg, but they will find it far more difficult at Old Trafford. Jose Mourinho’s men failed to play to their full potential in challenging conditions during the first leg.

However, they will be determined to pick up a win here. They have the quality to thrash a struggling Rostov side this week. A home win seems quite likely here.