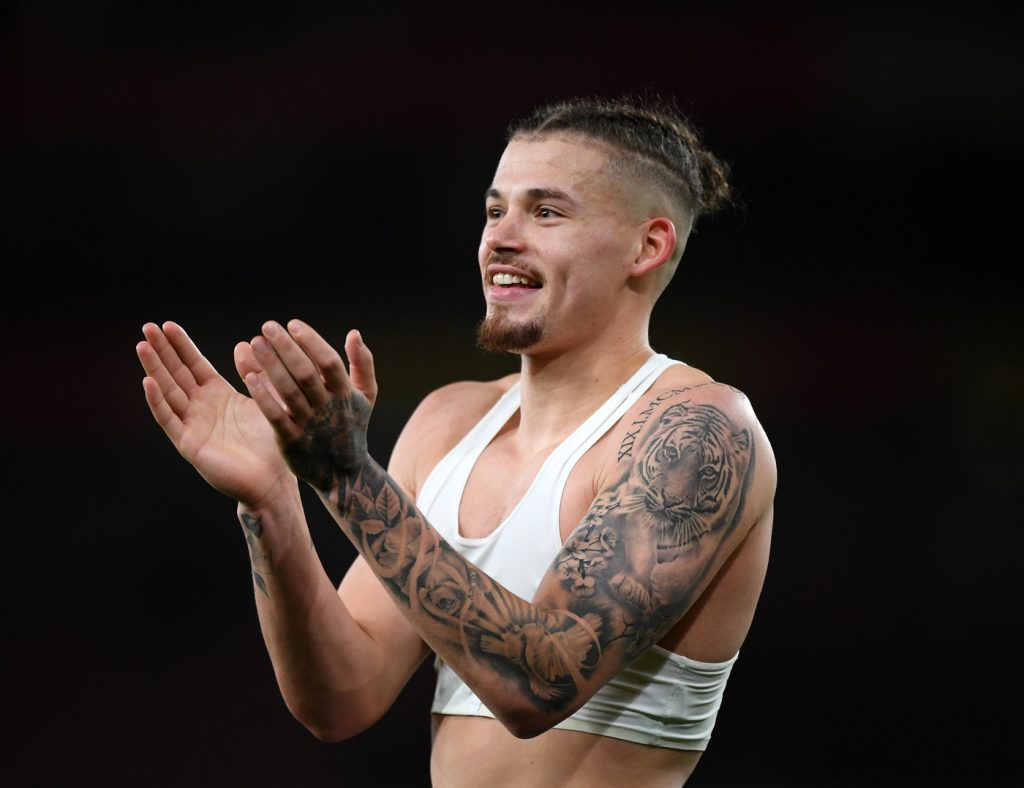 Liverpool have been urged to make a move for Leeds United midfielder Kalvin Phillips.

The 24-year-old has played a key role as the Whites have put themselves in pole position to win promotion from the Championship this season.

However, former Tottenham Hotspur star Darren Bent believes Phillips is capable of playing at the top end of the Premier League.

He told Football Insider that Phillips would find it difficult to turn down Liverpool if they came calling this summer.

“If that move comes about and it’s there on the table, you’ve got to take it,” he said.

“How much he’d play I don’t know, but people are talking about Fabinho and his fitness, how he only plays 60 or 70 minutes and then he blows up a little bit.

“It would be good for Kalvin Phillips. He’d go there, learn his trade, watch Fabinho and these type of players to see how they do it. Ability-wise, he’s as good as anyone in that role.

“He’s got energy, passing, technically, he’s a top, top player. There was talk of him getting into the England squad before lockdown. People rate him very highly and if the opportunity’s there for him, he’s got to take it.

“It’s a bit of tough one, we’re saying he’s got to prove himself in the Premier League but if one of the top, if not the top Premier League side wants him, it’s a bit hard to say no!”

SL View: Liverpool, Leeds United and the rest must cling on to integrity.