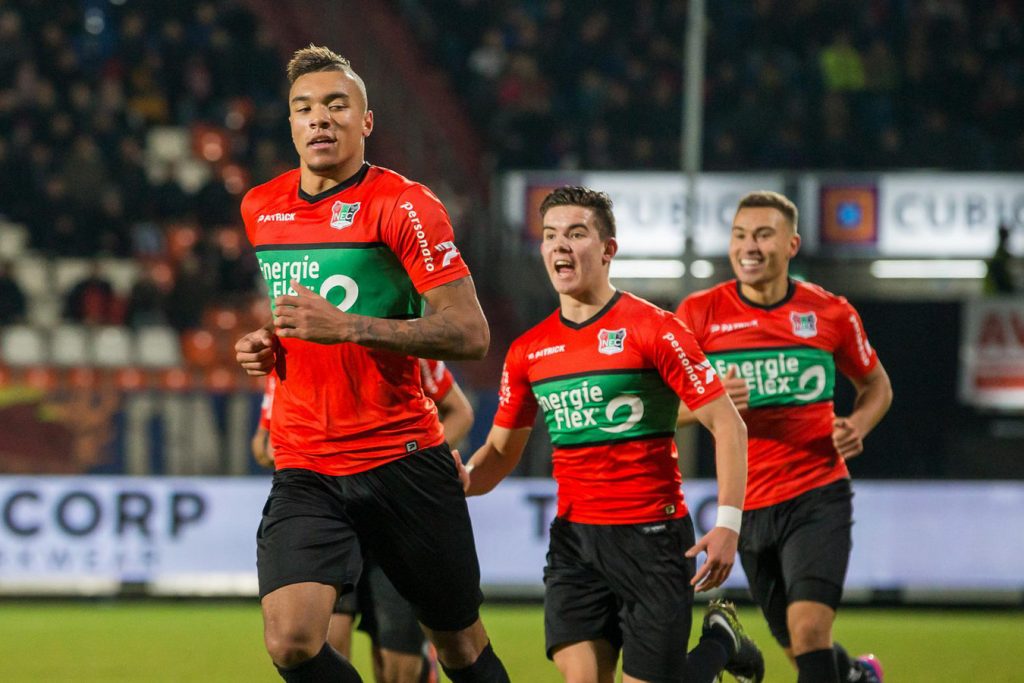 Leeds United have had a mixed day as they look to boost their striking options before the transfer window closes at the end of August.

Sky Sports say a £5 million bid for Rudy Gestede has been rejected by Middlesbrough, but a deal has been agreed to sign Dutch striker Jay-Roy Grot from NEC Nijmegen.

Gestede joined Boro from Aston Villa in January, having previously enjoyed success in the Championship with Blackburn Rovers, and manager Garry Monk is keen to keep him at the Riverside Stadium.

The 28-year-old has scored 53 goals in 118 appearances in all competitions and has represented Benin at international level on eight occasions.

Leeds’ boss Thomas Christiansen has had better luck elsewhere, with Grot set to undergo a medical ahead of signing a long-term contract at Elland Road.

The 19-year-old has made 35 appearances for NEC’s first team, scoring six goals

Grot has also been capped six times at U19 level by the Netherlands.

Sheffield Wednesday striker Jordan Rhodes remains a target for Leeds, but one player who looks unlikely to join the club is Crystal Palace midfielder Jordan Mutch.

The 25-year-old spent the second half of last season on loan in the Championship at Reading but, according to the Yorkshire Post, a move to Elland Road is not on the cards.