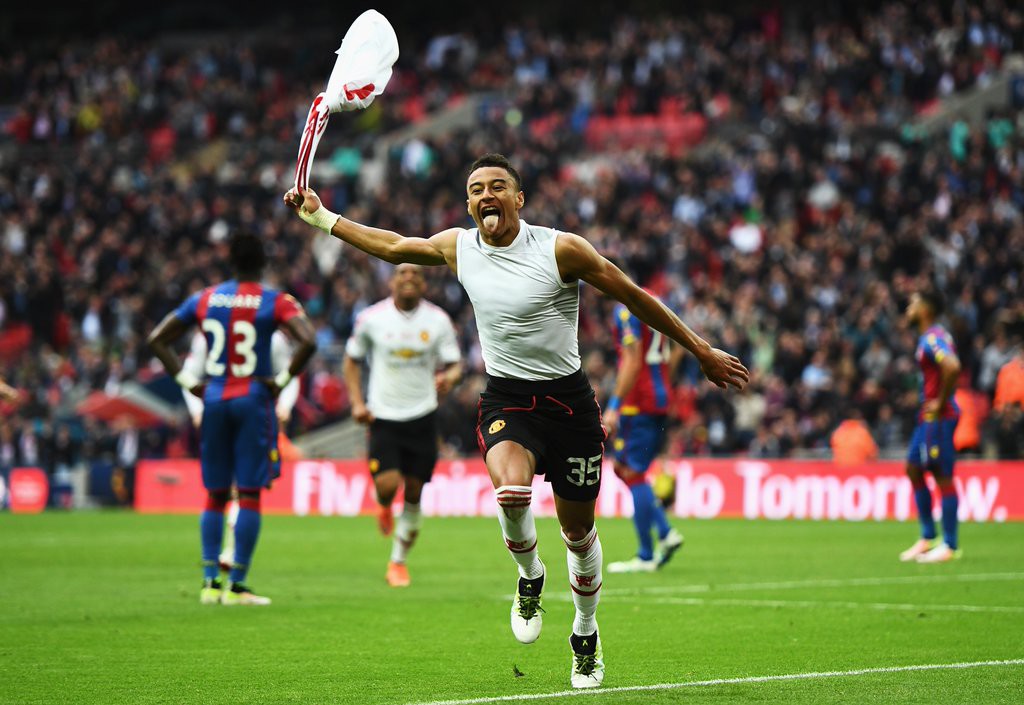 Manchester United attacking midfielder, Jesse Lingard, has agreed to sign a fresh four-year contract extension at the club, according to reports from Sky Sports.

The report suggests that his wages will treble to about £100,000 a week.

The 24-year-old is a product of United’s youth academy and signed his first professional contract in 2011.

A hardworking and solid team player, Lingard can play across all three positions – centre, left, and right – in midfield.
Lingard, who has made only 12 league starts at the United, confirmed last month that he was engaged in contract talks with the club.

He has made a good habit of scoring important goals for the club (scored in the final against Southampton at Wembley), and despite not getting enough first team chances it seems the club wants to reward him for his gradual development.

Lingard, who has made only 12 league starts for United this season, confirmed last month that he was engaged in contract talks with the club.

He said, as quoted by Sky Sports:

I enjoy playing for Man United and my heart is at Man United. There’s a lot of competition for places but I think that’s good for the group. It’s always good to have great players around you.

You have to battle for your place and it makes you more hungry on the training pitch and you know when you get your chance, you have to take it.

The likes of [Henrikh] Mkhitaryan, Zlatan [Ibrahimovic], [Paul] Pogba, big names in our team, it always good to look up to them and see what they have achieved and obviously we gain that experience off them and learn off them, especially the young players.

It’s always good to have that hunger to try to break into that team.

With Juan Mata unlikely to play again this season, and neither Anthony Martial nor Marcus Rashford making a strong impact, Lingard must seize this opportunity to impress his manager and claim a regular place in the first eleven.