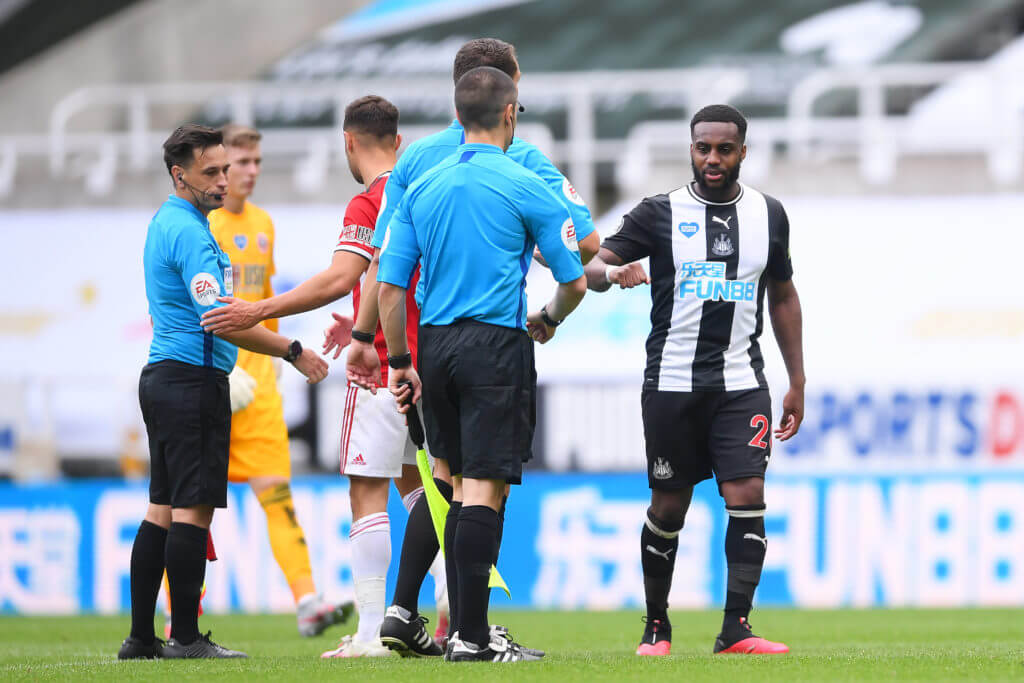 Danny Rose has stated his desire to stay at Newcastle United and has admitted that he is playing for his future.

The 30-year-old is currently on loan at St James’ Park from Tottenham Hotspur.

Rose is not in Jose Mourinho’s first-team plans, and the left-back will be sold in the summer. It remains to be seen whether Newcastle take up the decision to sign him permanently at the end of the season.

Rose has made seven appearances for the Magpies (six starts) so far. While he looked decent, many Newcastle fans are not convinced whether the club should sign him permanently.

“First and foremost, I’m playing for my future,” Rose told the matchday programme.

“I don’t think I need a bigger motivation than that. I’ve settled in very well, I love the lads and members of staff, and the fans.

“It doesn’t take a rocket scientist to work out that my days possibly are numbered at Spurs, and I’m playing for my future.

“There’s no bigger motivation for me. It’s probably the first time in my career where I’ve been in this situation – never have I been down to less than one year on my contract – so it’s a new experience for me.”

More than the player’s quality, it is his poor attitude that has been questioned time and again. There are some fans who believe that the Magpies should look to sign Jetro Willems instead. There are others who feel that Newcastle should not keep him on the same wages he was on at Spurs.

Not on the wages he on at spurs, would rather sign willems but i be suprised if we sign any while cashley still owner

Yes, he has improved of late. He's experienced at all levels. He still has it in him.

All depends on the takeover

No, absolute garbage. Why would we sign someone who openly stated they’d rather play for a different team & manager whilst on loan at our club? Disrespectful. @JetroWillems_15 is the guy to take us forward in that position! #bringbackJetro

If the take over goes ahead then no as ive not seen him put a cross in the box since he arrived ,steady at the back but sadly passed his best.

He has improved and performed better lately but that would not dispel the doubts about his attitude and loyalty.. So for me, I would not risk it..

The England left-back has only a year left on his contract at Spurs.

While Steve Bruce is keen to keep Rose permanently at the club, the uncertainty at Newcastle regarding the takeover means no one really knows what’s going to happen next at St James’ Park.

If the takeover goes through, and if they appoint a new manager in the summer like Mauricio Pochettino, then probably Newcastle won’t sign him permanently.