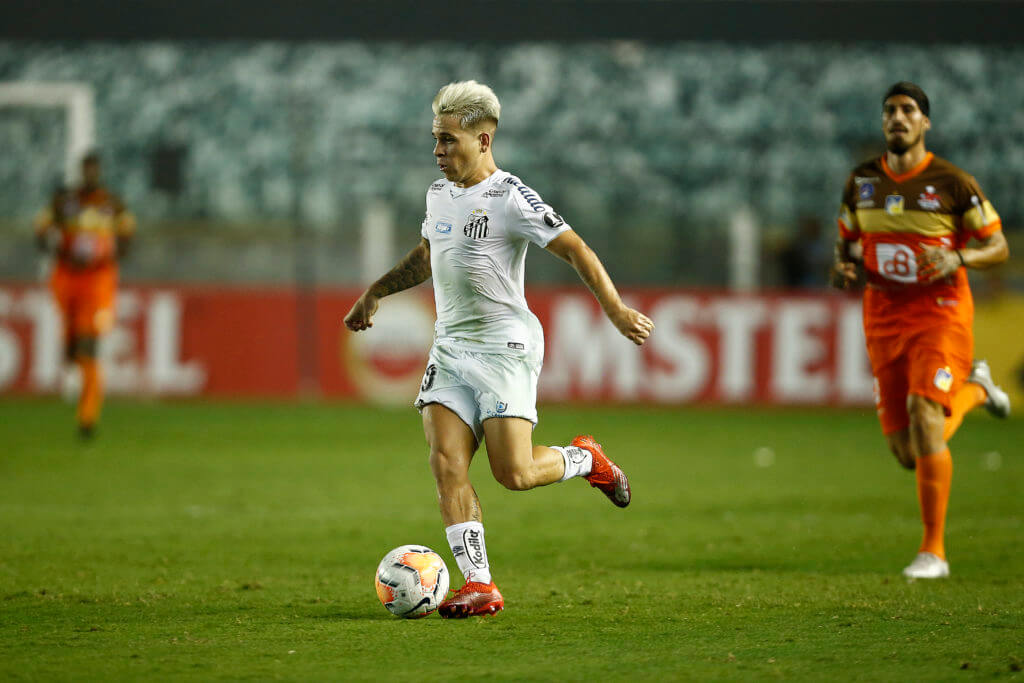 Everton fans have taken to social networking site Twitter to express their reaction to reports linking the club with a move for Yeferson Soteldo in the summer transfer window.

According to reliable journalist and transfer expert, Nicolo Schira, the Toffees are looking to sign Soteldo in the summer, and have held talks with Santos president JC Peres.

The Santos club president has also confirmed that the Toffees are interested in their midfielder.

According to Liverpool Echo, Everton are joined by Inter Milan in the race to sign the 22-year-old left-winger.

Peres has confirmed that the asking price for the Venezuelan is €35m (£32m) and detailed discussions with Inter’s sporting director Piero Ausilio have fallen through.

The diminutive young winger has scored 10 goals and provided seven assists in 36 games for Santos, and many Everton fans are not entirely convinced with the player. Here are some of the selected tweets:

No they haven't we are all isolating

His height alone puts me off. Bernard just about struggles with the physicality of the PL, this lad would too. His goals to game record isn’t great either for a winger.

We trying to get together a South American subuteo team?

He’s even smaller than Bernard

With arms that length he could put new goalie

Everton will be looking to bolster their attacking options, but probably Carlo Ancelotti doesn’t need to spend big on a left-winger at the moment. Everton need a striker and a right-winger this summer, and it remains to be seen whether the Toffees make any concrete move for him.