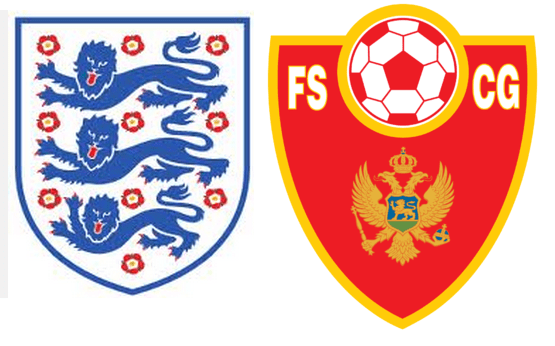 England face Montenegro for the fourth time since the Balkan state’s independence from Serbia in the first of their final two World Cup qualifiers in Group H. The build-up to this crunch clash has been dominated by criticism of Three Lions number one Joe Hart.

Roy Hodgson welcomes back talisman Wayne Rooney after the Manchester United star missed the September qualifiers against Moldova and Ukraine with a head wound. He tops Group H’s scoring charts with five goals.

In-form Liverpool frontman Daniel Sturridge also returns and could feature. He is the Premier League’s leading marksman so far with six goals from the first seven matches.

Chelsea left-back Ashley Cole is a late withdrawal from the squad, however, as he picked up a rib injury in the victory at Norwich.

Everton’s Leighton Baines is expected to deputize in defence for Cole whilst Kieran Gibbs (Arsenal) has been called up as a replacement.

There has been a growing clamour for uncapped Celtic keeper Fraser Forster to get a chance off the back of his performance against Barcelona in the Champions League.

Other understudy John Ruddy, however, believes Hart is England’s number one and “rightly so”.

Brave Falcons boss Branko Brnovic remains in with a shout of securing qualification as his side sit a point and two places beneath Group H leaders England with two matches left.

Seoul striker Dejan Damjanovic, who scored in the reverse fixture in Podgorica to deny the Three Lions an away win, is also among the forward options.

Andrija Delibasic, Montenegro’s top scorer in qualifying with four, and holding midfielder Nikola Drincic have both been named too despite being without clubs.

Captain Mirko Vucinic is a major injury doubt, however. Brnovic draws on players from 14 different countries for his roster.

There’s nothing to choose between England and Montenegro based on their previous meetings. The Lions have twice lost leads against this opposition.

Hodgson’s England come into this penultimate qualifier off the back of an eight-match unbeaten run.

Zlatan Ibrahimovic did the damage last time the Lions lost, scoring all the goals in a 4-2 friendly defeat to Sweden in Stockholm last November.

Prior to the goalless draw against the Ukraine in Kiev last month, England had scored in 13 successive games.

Montenegro meanwhile are without a win in five. The 1-1 against the Lions in March ended a four-match winning streak.

All the signs point to a draw which will means automatic qualification and who makes the playoffs will go down to the final matchday.