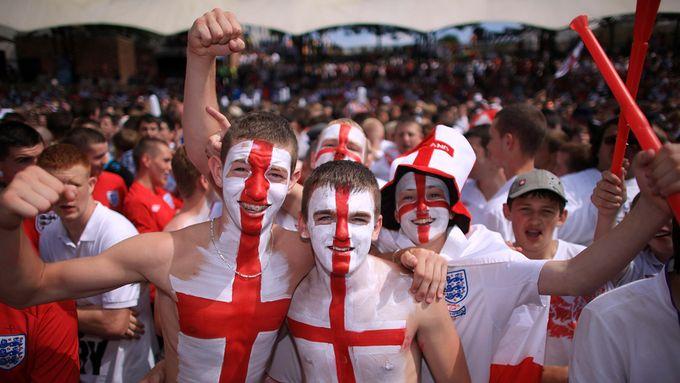 Football was born in England. The English fans usually get super-excited (who doesn’t?) during the time of any major tournament. The club loyalties are put to rest while the English people often do crazy things to assert their patriotism.

Football is mediated as an extension of social structure and values and in England, it represents the perceived characteristics of the people, region or the nation’s identity.

For instance, England’s courageous and fighting spirit is best summarised by the phrase ‘the bull bulldog spirit’ – where the bulldog has become a symbol par excellence of the English.

Fans also indulge in pre-tournament rituals like creating a song with lyrics mainly focussed on inspiring common masses to support the England team in full voice.

It happens every time. So, how can Euro 2016 be an exception to that rule? England start their Euro journey on Saturday when they face Russia, and in preparation, a discount website, MyVoucherCodes.co.uk, has created an unofficial euro 2016 song for the England team to show their support.

The new song, ‘Gonna Win The Euros’ by The 1966 was written, filmed and produced on a budget of £19.66 – reflecting that, whilst supporting England may break your heart (going out on penalties again?), it doesn’t have to break the bank. The central aim of the video is to promote MyVoucherCodes’ tournament saving offers this summer – ranging from cheap hotels and discount kits through to take away options, cut-price sportswear and more.

The upbeat indie track and the video were written and produced by the School of Communications Arts in 24 hours and aim to ramp up the pre-tournament optimism of England fans. Featuring ‘Gary Lineker’ in his pants, as well as recreating famous England moments using finger puppets, the amusing video compliments the infectious song and looks set to raid the charts as the pre-Euros excitement builds.

The song was released on iTunes 5th June and is available to buy at 59p. All proceeds will be donated to music therapy charity, Nordoff Robbins.

The song can be found here : https://www.myvouchercodes.co.uk/gonna-win-the-euros