The injury list at Ibrox seems to be growing and growing. Last weekend, Rangers were without 8 first-team players and after their midweek Scottish Cup replay against Hamilton they will be without another two crucial players. 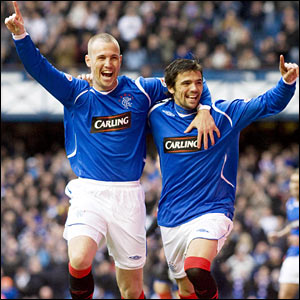 Miller and Novo the latest additions to the injury list

Kenny Miller, who returned from suspension on Tuesday night, picked up a hamstring injury in the second-half of the match and despite icing his hamstring for next few days he will be unable to participate in Saturday’s match. Miller has been on a great run of form for Rangers with 13 goals this season and a number of assists. Joining Miller on the treatment table is Spanish striker Nacho Novo who was injured initially at half-time in the match but continued to torture Hamilton left-back Simon Mensing for the second-half until extra-time was a step too far for the influential striker. Mendes could face Hearts on Saturday

Despite the possible return of playmaker Pedro Mendes, midfield is not a position Rangers are having many problems in with the surprising good form of Lee McCulloch and the classy performances of Steven Davis. There is a huge gap left in the Rangers side without Kris Boyd, Kenny Miller, Nacho Novo, Steven Naismith and Kyle Lafferty, who has been ill for this week. At present, there is no first-team strikers avaliable for Rangers heading into Saturday’s clash with Hearts. Smith’s options are limited with John Fleck set to play his part in the match after producing an impressive performance in midweek. The partner of Fleck will probably be the dilemma for Smith, Lee McCulloch could move to the attack if Mendes, Edu or Thomson is fit to replace him, Andrew Little could make his first-start since the Old Firm match in October or Rory Loy could make his first Rangers start. Their opponents Hearts under Csaba Laszlo are now 6 games unbeaten in all competitions and must be feeling confident about their trip to Glasgow on Saturday. The facts are clear, Hearts don’t really score many goals with their main threat probably coming from Michael Stewart in midfield. However, the one thing Csaba Laszlo is proud to boast about is Hearts’ solid backline consisting usually of Craig Thomson, Ismael Bouzid, Marius Zaliukas and Lee Wallace with Janos Balogh in goal. With Rangers not having their key strikers available, or any for that matter, Hearts certainly have an advantage going to into the match at Ibrox with no threat of facing Kris Boyd and Kenny Miller who have destroyed the SPL defences this season. 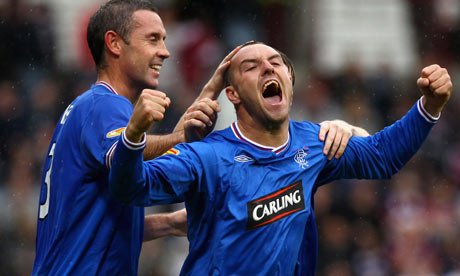 With a last-minute controversial penalty seperating the two sides in the second match of the season, this game probably will be settled by the odd-goal. There seems to be an even comparison between the two clubs with Rangers having an excellent defence and Hearts having tame attack and vice versa. To be honest, I think Rangers will struggle to see off Hearts on Saturday but if John Fleck and Steven Davis produce the same creative performances as they have done for the last few games then Rangers will create numerous chances for whoever plays in attack. Ideally for Rangers, they would want to choose someone who can exploit the lack of pace in the Hearts rearguard. If Hearts capitalise on Rangers’ injury woes, it could give Celtic a look back into the title race. If your a betting person, a Hearts win certainly isn’t impossible.